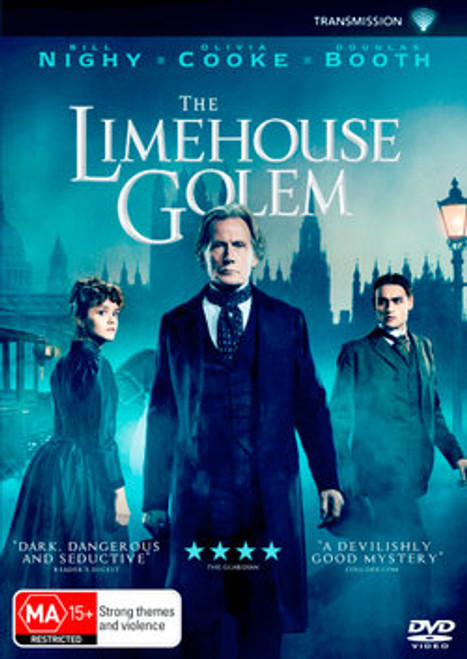 Victorian London: when erstwhile journalist-turned-failed playwright John Cree (Sam Reid) is found dead in his bed, suspicion falls upon wife Elizabeth (Olivia Cooke), the former “Little Lizzie” of music hall fame. They were known to be in marital straits, and she habitually prepared the sleeping draught that this time apparently included a deadly additive. At the same time, John Kildare (Bill Nighy) — a minor Scotland Yard Inspector whose career is hobbled by rumors of homosexuality — is newly put on the hunt for the so-called “Limehouse Golem.” It’s an unenviable assignment, as that notorious Ripper-like killer’s identity has already eluded far more illustrious colleagues.

The two crime trails almost immediately turn into one, with Kildare quickly discovering many overlaps. He also develops an underdog sympathy for the imprisoned Mrs. Cree, who climbed from dreadful poverty and abuse to success and respectability, only now to be publicly pilloried as a femme fatale.

The film is based on the novel "Dan Leno and the Limehouse Golem" by Peter Ackroyd.