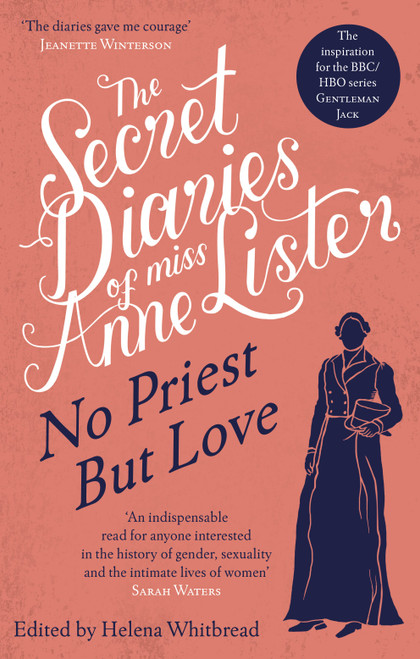 Following from THE SECRET DIARIES OF ANNE LISTER (whose life has been dramatised in the BBC/HBO series GENTLEMAN JACK), this continues the story of one of the most remarkable women of her time - landowner, industrialist, traveller and lesbian.

When Helena Whitbread first published excerpts from Anne Lister's diary, which was written in a complicated, esoteric code, it was hailed as a lost piece of lesbian history. Whitbread has devoted years to researching and transcribing Lister's extensive journals; the 'crypthand' had allowed Lister to record her life in intimate, and at times, explicit, detail. It was the first time her story had been told.

This second volume continues the story of one of the most remarkable women of her time: landowner, industrialist, traveller and lesbian. Anne Lister arrives in post-revolutionary Paris in 1824, attempting to recover from a doomed love affair with a married woman. There she becomes emotionally entangled with a young widow. Anne's efforts, firstly to extricate herself from this new 'scrape' and then to make a choice between the two women in her life, provides an absorbing sexual and social drama.

We follow Anne Lister to Buxton, Derbyshire, where a husband appears in hot pursuit of his straying wife who has, in turn, followed Anne there; in Halifax, the Yorkshire town of Anne's birth; to London; and to post-revolutionary Paris, a city alive with political intrigue. Anne's descriptive powers bring each scene vividly to life, providing a brilliant, kaleidoscopic background to her story.

'The Lister diaries are the Dead Sea Scrolls of lesbian history; they changed everything. By resurrecting them and editing them with such loving attention and intelligence, Helena Whitbread has earned the gratitude of a whole generation' EMMA DONOGHUE