Unto Us a Son is Given (Commissario Brunetti Book #28) 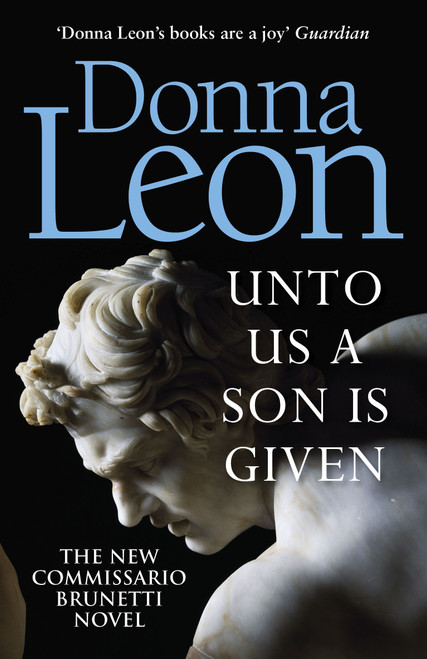 The story begins with Brunetti's father-in-law, Conte Falier, asking him to look into something: There's gossip going around that the Conte's best friend, retired art dealer Gonzalo Rodríguez de Tejada, is planning to adopt his lover, Attilio Circetti, a much younger man, since that would be the only way Italy's inheritance laws would allow him to pass his entire estate to Attilio when he dies. The Conte is much too discreet to say it in so many words, but he wants to make sure his friend isn't being scammed. Brunetti doesn't want to get involved, but he finds himself moved when his father-in-law regretfully says, "I've just asked someone I love to spy on someone else I love."  How can he say no after that?

Not long after Brunetti meets with Gonzalo, the elderly man unexpectedly passes away from natural causes. Old and frail, Gonzalo’s death goes unquestioned, and a few of his oldest friends gather in Venice to plan the memorial service. But when Berta, a striking woman and one of Gonzalo’s closest confidantes, is strangled in her hotel room, Brunetti is drawn into long-buried secrets from Gonzalo’s past. What did Berta know? And who would go to such lengths to ensure it would remain hidden?

Once again, Donna Leon brilliantly follows the twists and turns of the human condition, set against the ebb and flow of Venetian life.

Son of a Witch : Book Two in the Wicked Years Series

Unicorn : The Memoir of a Muslim Drag Queen

Warhol on Basquiat: The Iconic Relationship Told in Andy Warhol’s Words and Pictures

Unbound : Transgender Men and the Remaking of Identity (Paperback)