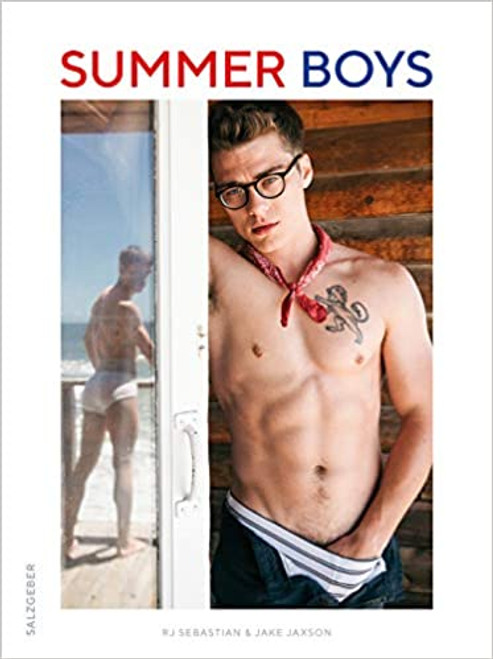 “Summer Boys” is the new photo book by CockyBoys’ masterminds RJ Sebastian and Jake Jaxson. Not only the season or the weather makes a summer boy; it’s also a state of mind.

Jake Jaxson and RJ Sebastian met in Los Angeles, fell in love, and in the first decade of the new millennium decided to quit their careers – RJ was an actor/model, Jake was a TV producer – and become full-time gay pornographers. And thus CockyBoys was born. But this new business also involved a physical move to the more extreme temperatures of New York City and away from the everlasting summer vibe of California. For RJ, every time the couple return to LA, ‘the summer boy within him comes back to life’. It is this special lustful energy that this new book aims to capture and celebrate. The photographs were partly shot in the woods which surround the couple’s house in upstate New York, and partly by the piers and beaches of Malibu. The book features 30 different well-known models including cover-boys Blake Mitchell and Hayden Brier, Carter Dane, Jacen Zhu, Levi Karter, Ricky Roman, Allen King, Josh Moore, Taylor Reign, Danny Montero, Alam Wernik, Calvin Banks and a special cameo by Calvin’s dog Joanne. The photographs are not as explicit as you might imagine CockyBoys would produce and probably only 25% would feature frontal nudity. The remainder are largely shirtless or semi-naked and overall Summer Boys is more romantic than hardcore raunch. It could feature on your coffee table without startling anyone - too much! In tune with CockyBoys arthouse ambitions, the photographs are also interspersed with some well-chosen excerpts from Walt Whitman’s Leaves of Grass.