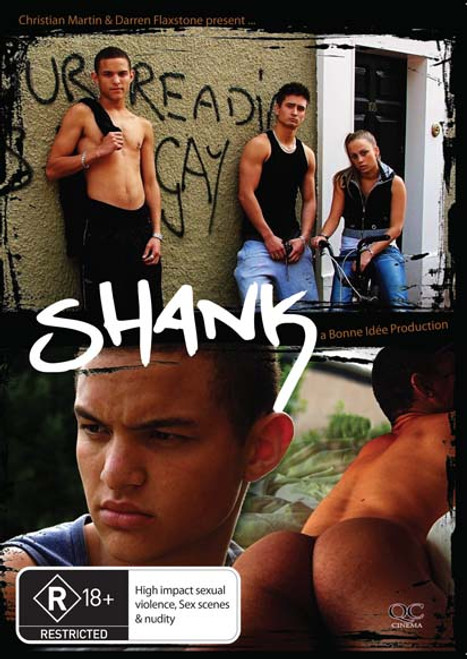 Shank is a blistering British indie pulsating with untamed sexuality and aggression. Cal (Wayne Virgo) is a handsome teenage thug so desperate to hide his gay cravings from his fellow gang members that he binges on drugs, secretive anonymous sex and acts of violence. But the bad boy's secret desires are uncovered when he rescues a kind-eyed French exchange student from one of the clan's sadistic hate crimes. Though the two boys fall passionately in love, Cal's crew is bent on revenge for his betrayal and the young lovers are placed in unspeakable danger. Unapologetic and as poignant as it is shocking, Shank is a must see.

The Cost of Love DVD