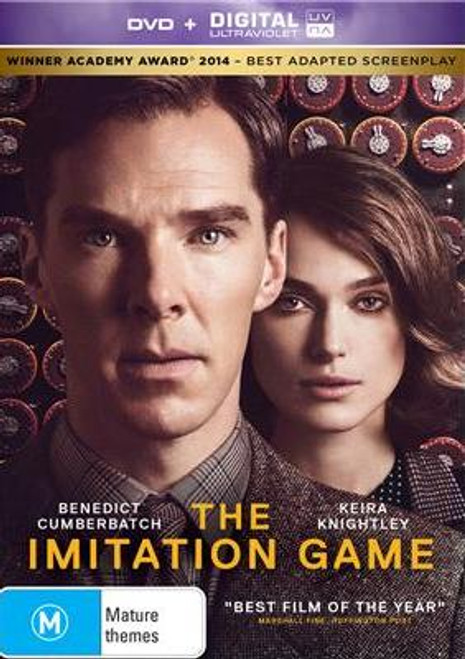 The true enigma was the man who cracked the code.

During the winter of 1952, British authorities entered the home of mathematician, cryptanalyst and war hero Alan Turing (Benedict Cumberbatch, nominated for the Academy Award for this role) to investigate a reported burglary. They instead ended up arresting Turing himself on charges of ‘gross indecency’, an accusation that would lead to his devastating conviction for the criminal offense of homosexuality – little did officials know, they were actually incriminating the pioneer of modern-day computing. Famously leading a motley group of scholars, linguists, chess champions and intelligence officers, he was credited with cracking the so-called unbreakable codes of Germany's World War II Enigma machine. 'The Imitation Game' is an intense and haunting portrayal of a brilliant, complicated man, a genius who under nail-biting pressure helped to shorten the war and, in turn, save thousands of lives. Based on the book 'Alan Turing : The Enigma', available here.

(UltraViolet is the new digital way to watch and collect movies and TV shows. It registers movies and TV show purchases in your own personalised and sharable account, securely stored in the cloud. You can add to, access and watch your collection, almost anywhere, on many of your favourite devices,  wherever you have internet access.)