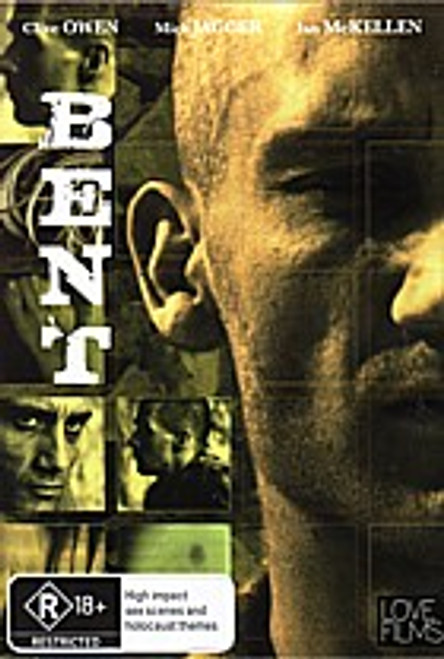 Max (a very spunky Clive Owen)  is a young Jewish gay man in 1930s Berlin who, after a fateful tryst with a German soldier, is forced to run for his life. Pursued and captured, Max is placed in a concentration camp where he prefers to be identified by the yellow star (for Jews), because in the eyes of the Nazis, gays (who wear the pink triangle)  are the lowest form of human being. But it takes a forbidden  relationship with openly gay and proud  prisoner, Horst (Lothair  Bluteau, from Jesus of Montreal)  to  enable Max to  accept  himself and also stand up for his innate dignity and freedom, even in the most seemingly  hopeless of circumstances.  The scene where the two prisoners make love right under the watchful eyes of their guards, without ever touching, is a spine-tingling tour de force. The original stageplay from the 1970s has been faithfully adapted by its playwright, Martin Sherman, and has cameos from Ian McKellan (who originated the role of  Max on the stage in 1979) and Mick Jagger as a Berlin Cabaret era drag queen!    While the play  made people  aware about the hitherto overlooked Nazi internment of homosexuals, the ultimate message of this devastatingly powerful play is that  intolerance cannot destroy  self-respect and love.

Violet Bent Backwards Over the Grass