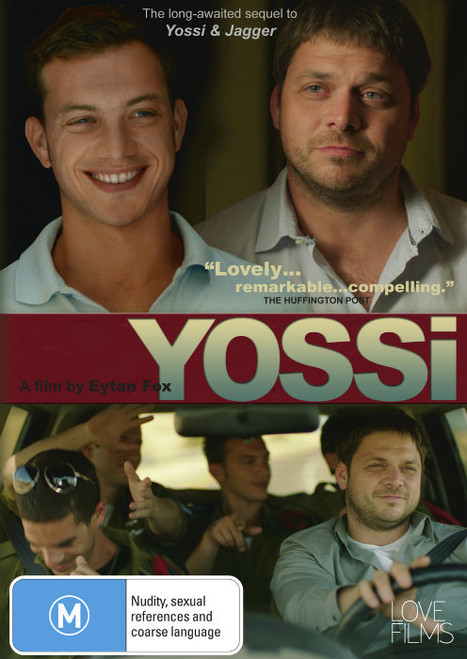 This is the sequel to the very popular  and moving  Israeli film, Yossi and Jagger, (which originally came out in 2002), but it can certainly be enjoyed without having seen the earlier film.

Ten years on from the events of that film, Dr. Yossi Hoffman has become a valued and dedicated cardiologist, often using his work as a way to escape from dealing with his anguished life. He lives alone, still closeted, unable to break through the walls and defenses built around him since the death of his lover, and resorting to internet hook-ups for some relief, no matter how cursory. But one day, his daily routine at the hospital is shaken up by the arrival of a  long forgotten but familiar woman. He follows her, and through the connection they make,  he realises he  has to  start dealing with his trauma. Travelling to a beach resort city to try to find himself again,Yossi   encounters a group of young Israeli officers. Amongst  them is  Tom, a handsome and self confident openly gay man, who represents a new world, and could it possibly be that he's interested in Yossi...?

This is a very sensitive and heartwarming depiction of some of the issues facing an older gay man (for which, read ''anything over 25''!) - acknowledging his sexuality, having shame about body image, playing the internet dating game, being open to love and intimacy, dealing with lost love, embracing new experiences. This film is very ''real'' in a way that few gay films are, and is especially recommended for those who are feeling a bit faded and jaded!