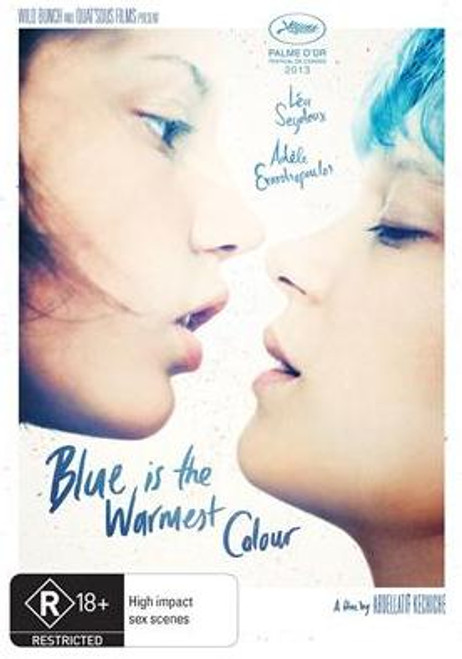 15 year old Adèle (a spine-tingling debut performance from Adèle Exarchopoulos) feels like an average teenager, with school, friends, parents and boys taking up most of her time and thoughts. That is until a chance encounter with a beguiling blue-haired girl (a luminescent Léa Seydoux) turns her world upside down, forcing her to question her desires and assert herself as a woman and as an adult.

Unabashedly frank in its sexual content (the 10 minute-long lovemaking scene between the two girls has generated plenty of press), mesmerisingly beautiful as an artistic accomplishment and utterly compelling from start to finish, this is gripping, engrossing cinema in its rawest, purest form, and one of the most celebrated and talked-about films of the year. This film was the winner of the Palme D'Or at Cannes in 2013, and for the first time ever, the prize was officially awarded to not only the director, but both of the actors as well.