The Life and Comics of Howard Cruse: Taking Risks in the Service of Truth 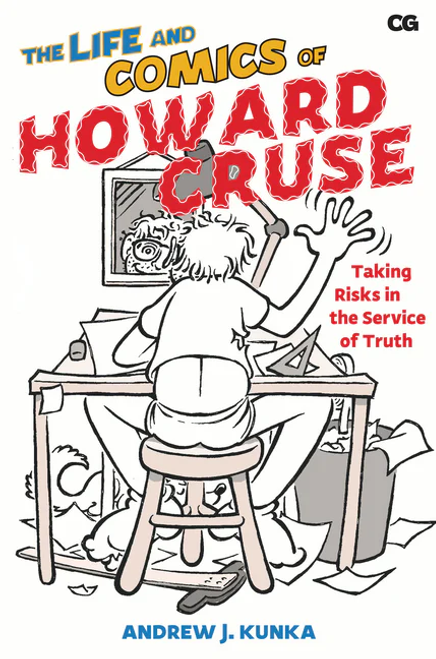 The Life and Comics of Howard Cruse tells the remarkable story of how a self-described “preacher’s kid” from Birmingham, Alabama, became the so-called “Godfather of Gay Comics.” This study showcases a remarkable fifty-year career that included working in the 1970s underground comics scene, becoming founding editor of the groundbreaking anthology series Gay Comix, and publishing the graphic novel Stuck Rubber Baby, partially based on his own experience of coming of age in the Civil Rights era.

Through his exploration of Cruse’s life and work, Andrew J. Kunka also chronicles the dramatic ways that gay culture changed over the course of Cruse’s lifetime, from Cold War-era homophobia to the gay liberation movement to the AIDS crisis to the legalization of gay marriage. Highlighting Cruse’s skills as a trenchant satirist and social commentator, Kunka explores how he cast a queer look at American politics, mainstream comics culture, and the gay community’s own norms.

Lavishly illustrated with a broad selection of comics from Cruse’s career, this study serves as a perfect introduction to this pioneering cartoonist, as well as an insightful read for fans who already love how his work sketched a new vision of gay life.

"I’ve been waiting a lifetime for this book! Howard Cruse is one of the most important cartoonists of the 20th century but has never gotten his due because he mostly worked in the LGBTQ comics underground. Andrew Kunka has written a thoughtful, thorough, and celebratory examination of Cruse’s life and remarkable oeuvre. He has paid homage to Howard’s legacy as the Godfather of Queer Comics, who broke up the doors for so many of us queer artists and forever changed the world of comics."--Justin Hall, editor of No Straight Lines: Four Decades of Queer Comics

King of Hearts: Drag Kings in the American South

On Stage: Spotlight on Our Performing Arts

Tales of the City Vol. 1