Who's Who in Gay and Lesbian History: From Antiquity to the Mid-Twentieth Century 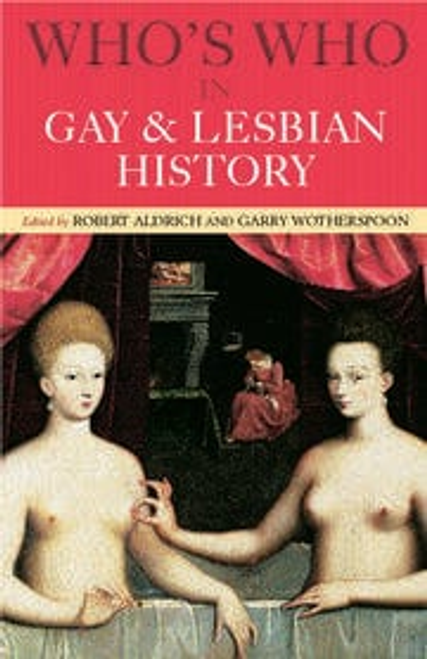 Who's Who in Gay and Lesbian History: From Antiquity to the Mid-Twentieth Century is a comprehensive and fascinating survey of the key figures in gay and lesbian history from classical times to the mid-twentieth century. Among those included are:
* Classical heroes - Achilles; Aeneas; Ganymede
* Literary giants - Sappho; Christopher Marlowe; Arthur Rimbaud; Oscar Wilde
* Royalty and politicians - Edward II; King James I; Horace Walpole; Michel de Montaigne.

Over the course of some 500 entries, expert contributors provide a complete and vivid picture of gay and lesbian life in the Western world throughout the ages.

'A good job of an impossible task, looking beyond the borders of North America, Australia and northern Europe to include people who have made important contributions from outside the gay and lesbian mainstream.' - Diva

'As entertaining as it is informative sets a standard in gay dictionaries and encyclopedias that others should note and follow. Highly recommended.' - Gay Times

Who's Who in Contemporary Gay and Lesbian History Vol.2: From World War II to the Present Day

The Haunting of Harry Peck

Looking Back at Francis Bacon

Inside the Mind of Jeffrey Dahmer: The Cannibal Killer