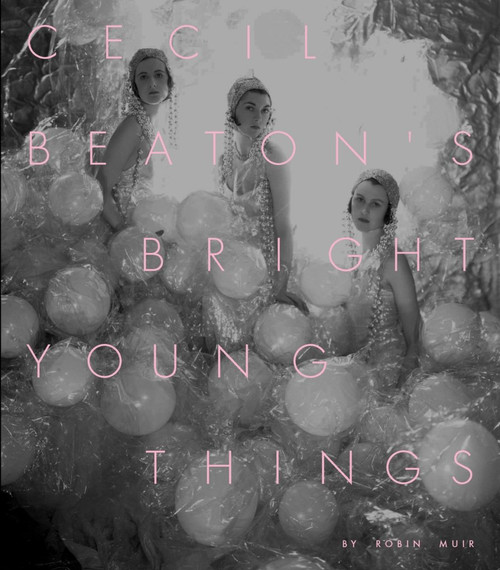 Accompanying a major new exhibition at the National Portrait Gallery, this book celebrates the portraits by renowned British photographer Cecil Beaton of the ‘Bright Young Things’ who flourished between the two World Wars. Featuring a glittering procession of celebrities, socialites and bohemian artists, captured with Beaton’s inimitable elegance it brings to life a deliriously eccentric, glamorous and creative era of British cultural life.

Cecil Beaton (1904-1980) is one of the most celebrated British Portrait photographers of the twentieth century and is renowned for his images of elegance, glamour and style. His influence on portrait photography was profound and lives on today in the work of many contemporary photographers.

Beaton used his camera, his ambition and his larger-than-life personality to mingle with a flamboyant and rebellious group of artists, writers, socialites and partygoers. These ‘Bright Young Things’ captured the spirit of the roaring twenties and thirties as they cut a dramatic swathe through the epoch. Beaton quickly developed a reputation for his beautiful, often striking and fantastic photographs, which culminated in his portraits of Queen Elizabeth in 1939. More than a photographer, Beaton became a society fixture in his own right.

In a series of themed chapters, covering Beaton’s first self-portraits and earliest sitters to his time at Cambridge and as principle society photographer for Vogue and Vanity Fair, over 60 leading figures who sat for him are profiled and the dazzling parties, pageants and balls of the period are brought to life. Among this glittering cast are Beaton’s socialite sisters Baba and Nancy Beaton, Stephen Tennant, the Mitfords, Siegfried Sassoon, Evelyn Waugh and Daphne Du Maurier. Beaton’s photographs are complemented by a wide range of letters, drawings and ephemera and contextualised by artworks created by those in his circle, including Christopher Wood, Rex Whistler and Henry Lamb.

No Ashes in the Fire: Coming of Age Black and Free in America

Aleister Crowley: The Beast in Berlin Art, Sex, and Magick in the Weimar Republic

Catch and Kill : Lies, Spies and a Conspiracy to Protect Predators