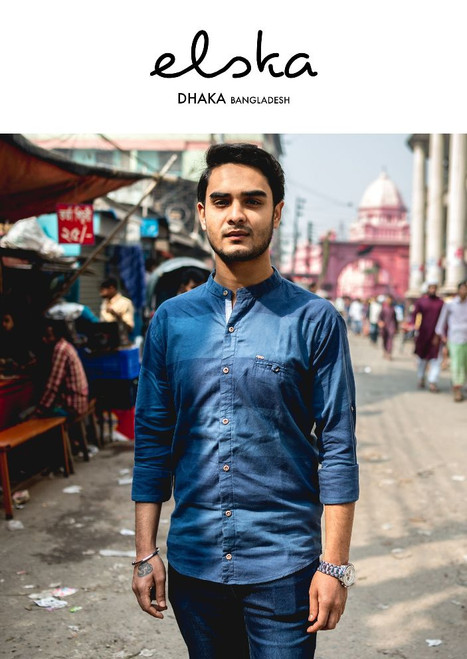 Elska Dhaka is our twenty-third issue and our second to be shot in South Asia, following our successful Elska Mumbai project. We wanted to return to the region but decided it might be interesting to feature a city in another country instead of India, which eventually led us to Dhaka, the capital of Bangladesh.

In many ways this is our most unique and triumphant issue yet, made in a country where homosexuality is both explicitly illegal and where prosecutions and violent hate crimes still occur. While some people are of the opinion that we should avoid such countries, that the focus should be on more gay-friendly places, we feel that the voices of queer people in such places desperately need to be amplified. We're proud to let our readers get to know the bodies and voices of a people that we too scarcely give thought to.

Dhaka is an enormous metropolis, teeming with many more people than it can handle. This makes it at once an exhausting and sometimes unpleasant place, but also a vibrant and exciting one and some of the kindest people you can meet. Beauty, especially in its colourful culture is not too difficult to find, but unfortunately some ugliness can be uncovered as well, particularly with regard to queer life here. While at Elska we value positivity, we also (and perhaps moreso) value truth. As always we let the men tell their own stories without us trying to prod certain stories out of them; nevertheless many chose to write stories for us that aren't especially cheerful. This makes Elska Dhaka perhaps our most heart-wrenching and vulnerable issue ever. Even if you're the sort of Elska reader who focuses more on the pictures, this is one where the stories should get your fullest attention.

Inside this issue you'll get to know a group of local Dhaka men who we met on our trip, introduced through honest photography and intimate storytelling. Some of the men you'll meet in Elska Dhaka include:

Includes texts in English and Bangla (followed by English translations)