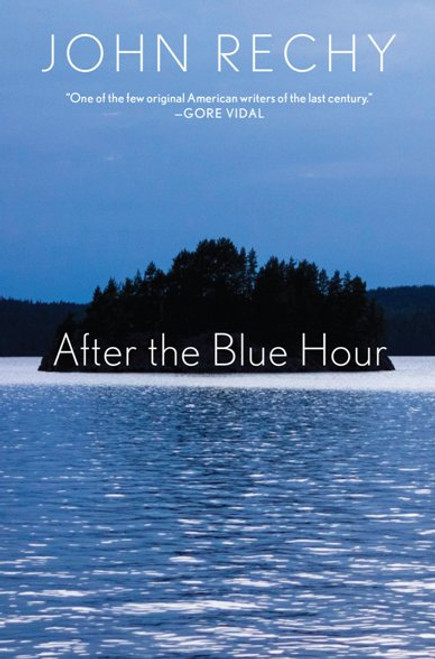 John Rechy’s first novel, City of Night, an international bestseller, is considered a modern classic. Subsequent work asserts his place among America’s most important writers. The author’s most daring work, After the Blue Hour is narrated by a twenty-four-year-old writer named John Rechy. Fleeing a turbulent life in Los Angeles, he accepts an invitation to a private island from an admirer of his work. There, he joins Paul, his imposing host in his late thirties, his beautiful mistress, and his precocious teenage son. Browsing Paul’s library and conversing together on the deck about literature and film during the spell of evening’s “blue hour,” John feels surcease, until, with unabashed candor, Paul shares intimate details of his life. Through cunning seductive charm, he married and divorced an ambassador’s daughter and the heiress to a vast fortune. Avoiding identifying his son’s mother, he reveals an affinity for erotic “dangerous games.” With intimations of past decadence and menace, an abandoned island nearby arouses tense fascination over the group. As “games” veer toward violence, secrets surface in startling twists and turns. Explosive confrontation becomes inevitable.