The Days of Anna Madrigal (Tales of the City Book 9) 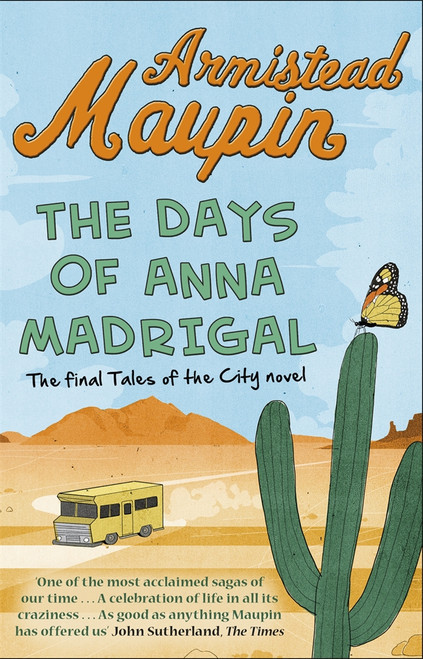 Anna Madrigal, the transgender landlady of 28 Barbary Lane from the iconic Tales of the City series, is one of modern literature's most unforgettable and enduring characters. Now a fragile ninety-two and committed to the notion of "leaving like a lady," Anna has seemingly found peace in the bosom of her logical family in San Francisco: her devoted young caretaker Jake Greenleaf, who's hard at work on a secret art project: her former tenant Brian Hawkins, now unexpectedly remarried at 67; Brian's daughter Shawna, a single woman who wants to be pregnant, and, of course, Michael Tolliver and Mary Ann Singleton, both of whom have known and loved Anna for over thirty-five years.

Some members of Anna's family are bound for the other-worldly landscape of Burning Man, the art community in the Black Rock Desert of Nevada where 60,000 revelers will build a city (Michael calls it 'a Fellini carnival on Mars') designed to last only a week. Anna herself has another Nevada destination in mind: a lonely stretch of road outside of Winnemucca where the 16-year-old boy she used to be ran away from the whorehouse he called home. With the aid of Brian and his beat-up RV she journeys east from San Francisco into the dusty troubled heart of her Depression childhood, facing some unfinished business she has so far avoided.

Suspenseful, comic and touching, The Days  of Anna Madrigal unearths secrets and dreams that span 75 years. You can also read the earlier books in the Tales of the City Series.