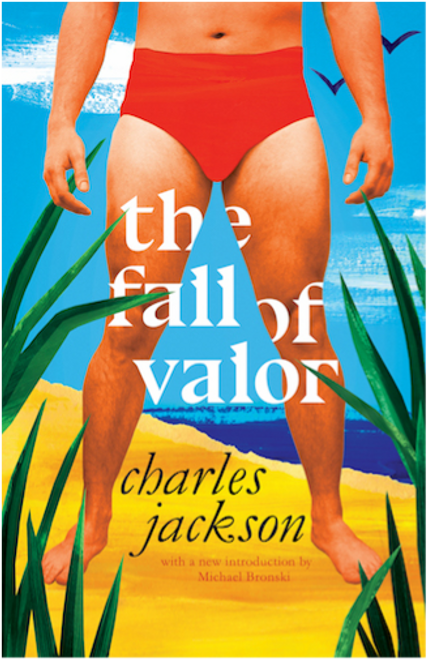 Charles Jackson (1903-1968) achieved international success with his first book, The Lost Weekend (1944), a groundbreaking novel about alcoholism that sold more than 600,000 copies and was adapted for an Academy Award-winning film version. Jackson followed this triumph with a novel that was even more daring, The Fall of Valor (1946), arguably the first major American novel to deal openly with the theme of homosexuality.

The Fall of Valor is an unflinching portrayal of a marriage that has faded to a mere duty. John and Ethel Grandin take a summer vacation to Nantucket with the hope of recapturing the happiness they felt in the early days of their relationship. But instead the holiday blasts their marriage wider apart than ever when John falls hopelessly in love with a handsome marine captain.

​This edition features a new introduction by Michael Bronski, who argues that Jackson’s novel deserves rediscovery and a place alongside later classics such as Gore Vidal’s The City and the Pillar, Norman Mailer’s The Naked and the Dead, and the works of James Baldwin.

The Day on Fire