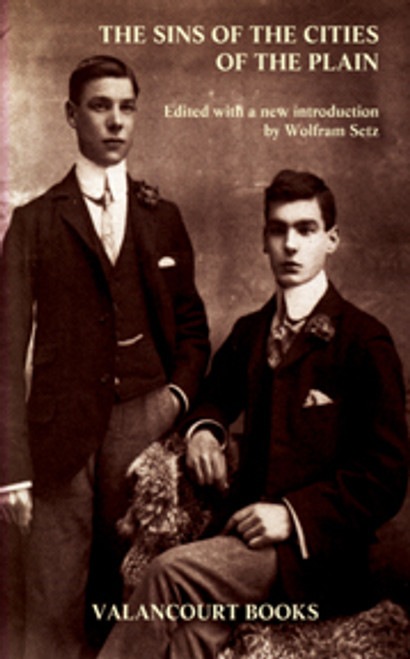 Jack Saul is a handsome young man in London, who has found his body to be his best asset and makes his way through life as a prostitute. One day, Jack is picked up by a male customer in Leicester Square, and after their encounter, the man offers to pay Jack for a written account of his experiences. What follows is 'The Sins of the Cities of the Plain', a narrative tracing in explicit detail the development of Jack's "vices" as he progresses from boarding school and into young adulthood amidst London's thriving but clandestine gay underworld.

This new edition contains the unabridged text of the first edition housed at the British Library, together with a new introduction by Wolfram Setz and a facsimile reproduction of the original volumes' title pages. Although two previous modern editions have been published under this title, they are severely altered and rewritten versions of the story; this edition marks the first complete reprinting of the original text.

The Pupil (Caper Court Book One)

The Privilege of the Sword

The Story of a Marriage