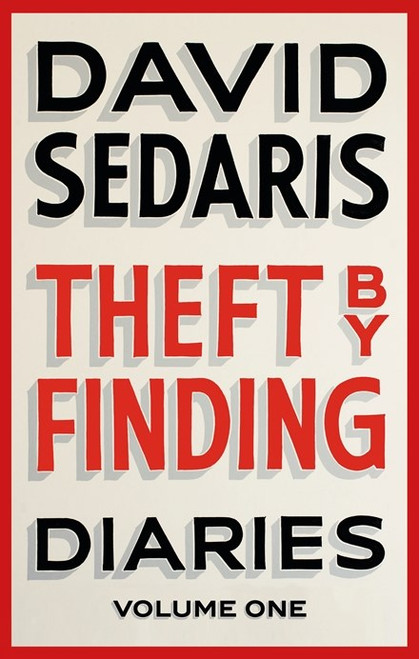 Most diaries - even the diaries of great writers - are impossibly dull, because they generally record emotions, or dreams, or interior life. David Sedaris's diaries are unique because he doesn't tell us his feelings about the world, he shows us the world instead. In so doing he shows us something deeper about himself.

In ''Theft By Finding'', he's recorded everything that has captured his attention - overheard comments, salacious gossip, soap opera plot twists, secrets confided by total strangers. Now, for the first time, Sedaris shares his private writings with the world. This is the first-person account of how a drug-abusing dropout with a weakness for the International House of Pancakes and a chronic inability to hold down a real job became one of the funniest people on the planet.

Written with a sharp eye and ear for the bizarre, the beautiful and the uncomfortable, and with a generosity of spirit that even a misanthropic sense of humour can't fully disguise, ''Theft by Finding'' proves that Sedaris is a unique modern observer. It's a potent reminder that there's no such thing as a boring day - when you're as perceptive and curious as Sedaris, adventure waits around every corner.