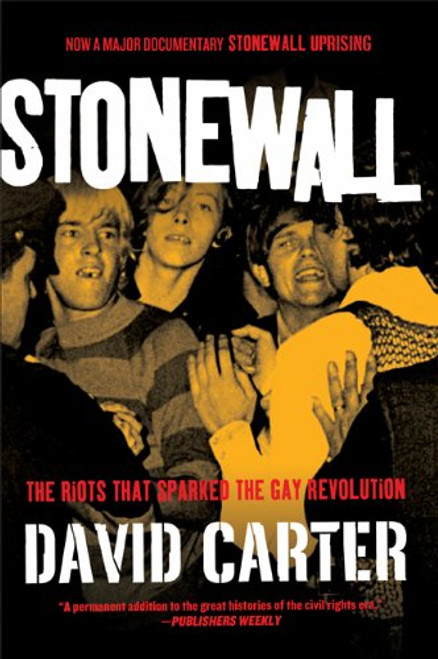 In June of 1969, a series of riots over police action at The Stonewall Inn, a small, dank, mob-run gay bar in Greenwich Village, New York changed the longtime landscape of homosexuals in society, literally overnight. These riots are widely acknowledged as the 'first shot' that ushered in a previously unimagined era of openness, political action, and massive social change. Yet there has been relatively little hard information generally available about the riots themselves.

Now, based on hundreds of interviews, an exhaustive search of public and previously sealed files, and over a decade of intensive research into the history and the topic, ''Stonewall: The Riots That Sparked the Gay Revolution'' brings this singular event to vivid life in this, the definitive story of one of history's most singular events. Author David Carter provides an in-depth account of those riots as well as a complete background of the bar, the area in which the riots occurred, the social, political, and legal climate that led up to those events. He also dispels many of the accumulated myths, provides previously unknown facts, and new insight into what is the most significant rebellion against the status quo until the tearing down of the Berlin Wall.

"Riveting...Not only the definitive examination of the riots but an absorbing history of pre-Stonewall America, and how the oppression and pent-up rage of those years finally ignited on a hot New York night." - Boston Globe

One Teacher in Ten: In The New Millennium