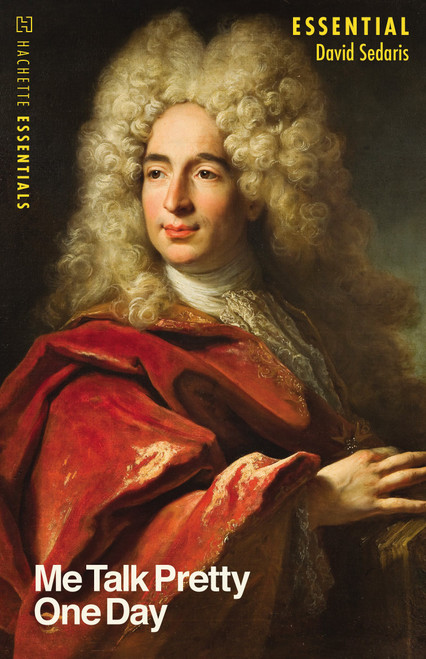 'He's like an American Alan Bennett, in that his own fastidiousness becomes the joke, as per the taxi encounter, or his diary entry about waiting interminably in a coffee-bar queue' Guardian review of An Evening with David Sedaris

The Hachette Essentials series comprises a collection of titles that are regarded as modern classics. A carefully and lovingly curated selection of distinctive, ground-breaking fiction and non-fiction titles published since 1950. Timeless. Relevant. Passionate. Unified as a series - distinctive as books. A good book is great. A great book is essential.

A hilarious collection of essays from 'the premier observer of our world and its weirdnesses,' New York Times bestselling author David Sedaris (Adam Kay, author of THIS IS GOING TO HURT)

Anyone who has heard David Sedaris speaking live or on the radio will tell you that a collection from him is cause for jubilation. A move to Paris from New York inspired these hilarious pieces, including 'Me Talk Pretty One Day', about his attempts to learn French from a sadistic teacher who declares that 'every day spent with you is like having a caesarean section'.

His family is another inspiration. 'You Can't Kill the Rooster' is a portrait of his brother, who talks incessant hip-hop slang to his bewildered father. And no one hones a finer fury in response to such modern annoyances as restaurant meals presented in ludicrous towers of food and cashiers with six-inch fingernails.