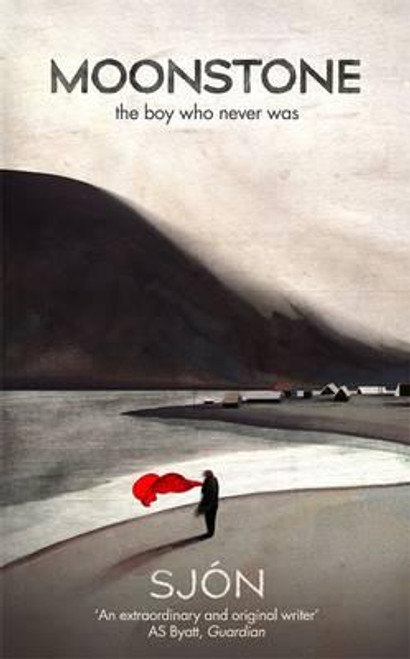 The year is 1918, and in Iceland the erupting volcano Katla can be seen colouring the sky night and day from the streets of Reykjavik. Yet life in the small capital carries on as usual, despite the natural disaster, a shortage of coal and, in the outside world, the Great War grinding on. There, sixteen-year-old queer rent-boy Máni Steinn, also known as 'Moonstone', lives for the new fashion - the movies. Asleep he dreams altered versions of them, their tapestry of events threaded with strands from his own life. Awake he hovers on the fringes of society, making money from sex with an assortment of furtive men.

But then the Spanish flu epidemic comes ashore, killing hundreds and driving thousands into their sick beds. With the country fearful of any bodily contact, Máni can no longer pick up “gentlemen,” and the cinema houses are shut down. Máni finds solace in a new friendship with Sóla G, a beautiful feminist who rides a motorcycle and dresses all in black. When Máni gets tangled up in a sodomy scandal that threatens to humiliate the homophobic country, Sóla is perhaps the only person who can help him.

Capturing Iceland at a moment of profound transformation, just as it is about to become a sovereign nation, this is the story of a misfit in a place where life and death, reality and imagination, secrets and revelations jostle for dominance. With not a word wasted, this is a mesmerising and original novel that lingers in the mind long after the last page is turned.

Sjón is a celebrated Icelandic author, poet, librettist and lyricist who has been translated into thirty languages, and collaborated with Björk. 'Moonstone' was awarded the 2013 Icelandic Literary Prize, and is dedicated to the author's uncle who died of AIDS in the 90's.

Some praise for Sjòn's 'Moonstone':

''This is a marvel of a novel, queer in every sense of the word - an impeccable little gem.'' (Rabih Alameddine)

''When the meaning of the book's subtitle is finally explained, the effect is powerful. 'Moonstone' is about human decency, courage and respect for the individual. It is a small book with a large heart.'' (Chris Power - New Statesman)

'' 'Moonstone' is Sjón's slim, simmering masterpiece. Vibrant and visceral, briskly paced but meditative, unsettling yet droll and flecked with beauty, it is a pitch-perfect study of transgression, survival and love.'' (David Mitchell)