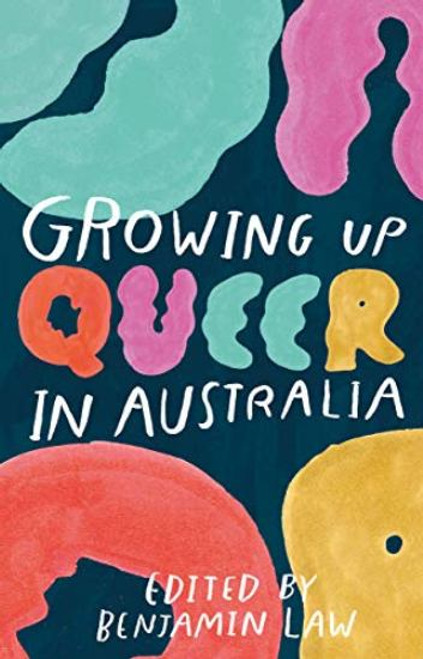 ' ''Queer'' is a lens through which the world can be viewed differently.' - Benjamin Law

Compiled by celebrated author and journalist Benjamin Law, ''Growing Up Queer in Australia'' assembles 52 voices from across the spectrum of LGBTIQA+ identity. Spanning diverse places, eras, genders, ethnicities and experiences, these are the stories of growing up queer in Australia.

'I marked the day in my adolescent diary with a single blank page'.
'The mantle of “queer migrant” compelled me to keep going – to go further'.
'I never “came out” to my parents. I felt I owed them no explanation'.
'All I heard from the pulpit were grim hints'.
'I became acutely aware of the parts of myself that were unpalatable to queers who grew up in the city'.
'I was thirty-eight and figured it was time to come out to her'.
'That’s when I know it’s not going anywhere – the gay'.
'I felt like I had been dunked into an episode of The L Word and I wasn’t given the script'.
'No amount of YouTube videos and queer think pieces prepared me for this moment'.
'My queerness was born in a hot dry land that was never ceded'.
'I finally admitted what my feelings for Dirty Dancing–era Patrick Swayze had clearly been indicating for some time'.
'Even now, I sometimes think that I don’t know my own desire'.

For better or worse, sooner or later, life conspires to reveal you to yourself, and this is growing up.

Maggie Kirkpatrick : The Gloves Are Off