Whipping Girl : A Transsexual Woman on Sexism and the Scapegoating of Femininity 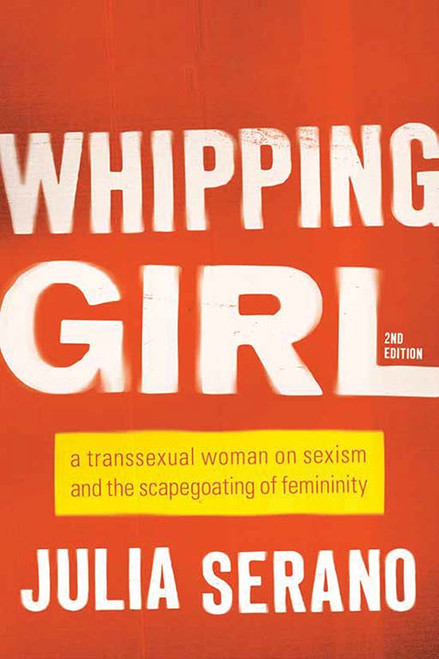 This provocative blend of personal essay, gender theory, and trans feminist manifesto is a lucid, gripping and accessible take on gender and sexuality which has received wide acclaim, becoming renowned for its unapologetic defense of both femininity and transgender identities.

In the updated second edition of ''Whipping Girl'', Julia Serano, a transsexual woman whose supremely intelligent writing reflects her background as a lesbian transgender activist and professional biologist, shares her powerful experiences and observations — both pre- and post-transition — to reveal the ways in which fear, suspicion, and dismissiveness toward femininity shape our societal attitudes toward trans women, as well as gender and sexuality as a whole.

Serano’s well-honed arguments and reputation as a thought-leader stem from her ability to bridge the gap between the often-disparate biological and social perspectives on gender. Here, she exposes how deep-rooted the cultural belief is that femininity is frivolous, weak, and passive, and how this “feminine” weakness exists only to attract and appease male desire. In addition to debunking popular misconceptions about transsexuality, Serano makes the case that today’s feminists and transgender activists must work to embrace and empower femininity in all of its wondrous forms.

Not That Kind of Girl : A Young Woman Tells You What She's Learned

Stephanie A. Brill and Lisa Kenney

The Transgender Teen : A Handbook for Families and Professionals Supporting Transgender and Non-Binary Teens

The Making of a Man : Notes on Transsexuality