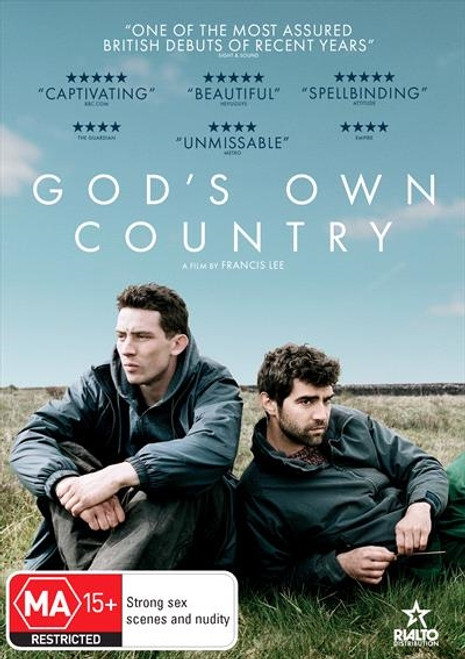 Johnny Saxby (Josh O'Connor) works long hours on his family's remote farm in the north of England. He numbs the daily frustration of his lonely existence with nightly binge-drinking at the local pub and casual sex. But when a handsome Romanian migrant worker (Alec Secareanu) arrives to take up temporary work on the family farm, Johnny suddenly finds himself having to deal with emotions he has never felt before. As they begin working closely together during lambing season, an intense relationship starts to form which could change Johnny's life forever.

Captivating and broodingly beautiful, ''God's Own Country'' is the award winning debut feature from writer/director Francis Lee. Bracingly open hearted, this is a thrillingly romantic story set in the heart of rural Yorkshire. Both poignant and moving, this finely crafted British film features a host of standout performances, marking it out as an absolute must see.

"In his debut feature, Francis Lee has crafted a mature love story centered on an immature man facing the fear of even admitting that he needs love at all. it's a film to prize." - Village Voice

"There will be many people who see themselves in the furtive glances and mud-covered kisses from which God's Own Country weaves its harsh but hopeful narrative, and they will do so while witnessing a finely crafted piece of cinema." - Indiewire

"The chemistry between these two men is inescapable, their relationship growing almost imperceptibly, composed expertly in a nuanced script by Lee and unfussily filmed by director of photography Joshua James Richards." - The Film Stage