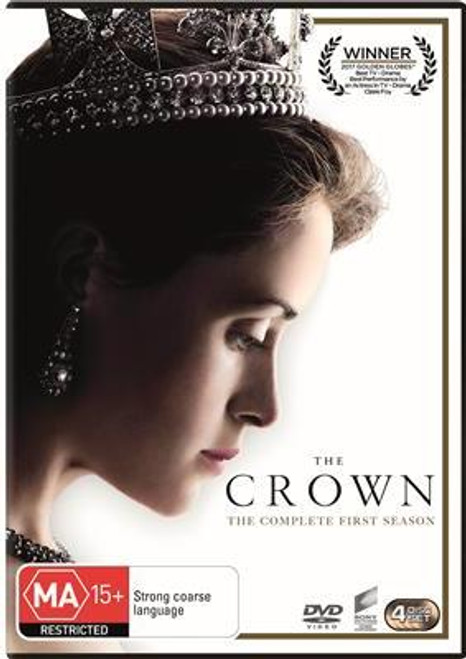 The British Empire is in decline, the political world is in disarray, and a young woman takes the throne... a new era is dawning.

Queen Elizabeth II is a 25-year-old newlywed faced with the daunting prospect of leading the world’s most famous monarchy while forging a relationship with legendary Prime Minister Sir Winston Churchill. “The Crown,” impeccably researched and written by Peter Morgan, explores the Queen’s private journey behind the public facade with daring frankness. Prepare to be welcomed into the coveted world of power and privilege and behind locked doors in Westminster and Buckingham Palace....the leaders of an empire await.

Costing £100 million to make, with sumptous jewels, costumes and sets, and an all star cast including Claire Foy as Elizabeth, Matt Smith as Prince Phillip and John Lithgow as Winston Churchill, this unmissable series won the 2017 Golden Globe awards for Best TV Drama, and Best Performance by an Actress in TV for Drama for Claire Foy.

Features all 10 x 60 minute episodes of the first season.

Also check out the Companion book to this series here.