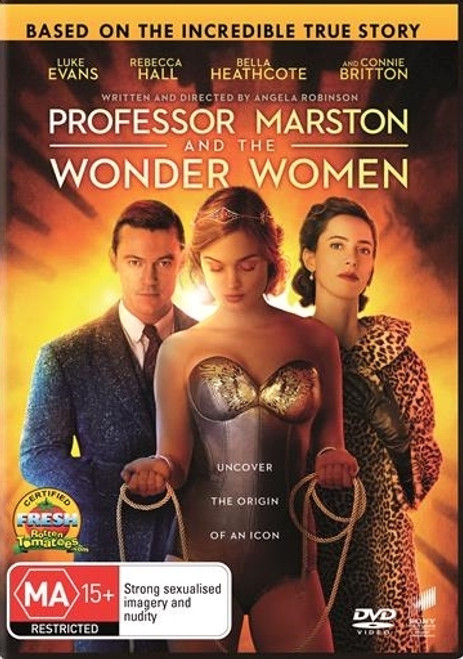 Based on the incredible true story of the unconventional life of Dr. William Marston, the creator of the character of Wonder Woman, and his polyamorous relationship with his wife Elizabeth and their mutual lover Olivia.

Out gay actor Luke Evans plays Dr William Marston, the Harvard psychologist and inventor who helped invent the modern lie detector test. Marston was in a polyamorous relationship with his wife Elizabeth,(Rebecca Hall) a psychologist and inventor in her own right, and Olive Byrne, (Bella Heathcote) a former student who became an academic. The relationship between the two women was intimate as well, and the whole unconventional union was marked by love and mutual support. The women were also key to the creation of Wonder Woman in 1941, as Elizabeth and Olive's feminist ideals were ingrained in the character from her creation. Without giving too much away, even after Marston's eventual death, Elizabeth and Olive remained a couple and raised their and Marston's children together.