The Woman They Could Not Silence 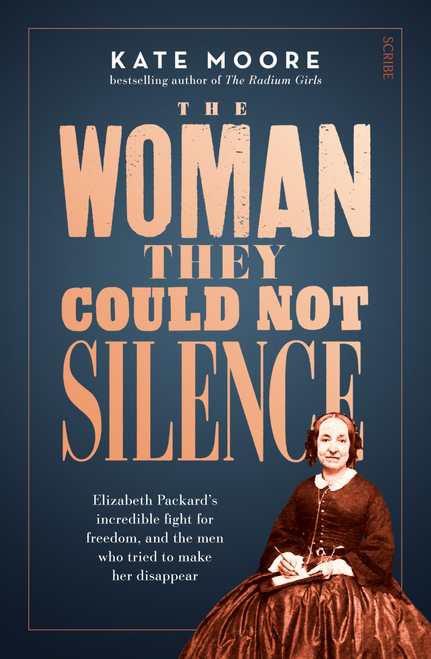 From the internationally bestselling author of The Radium Girls comes a dark but ultimately uplifting tale of a woman whose incredible journey still resonates today.

Elizabeth Packard was an ordinary Victorian housewife and mother of six. That was, until the first Woman’s Rights Convention was held in 1848, inspiring Elizabeth and many other women to dream of greater freedoms. She began voicing her opinions on politics and religion — opinions that her husband did not share. Incensed and deeply threatened by her growing independence, he had her declared 'slightly insane' and committed to an asylum.

Inside the Illinois State Hospital, Elizabeth found many other perfectly lucid women who, like her, had been betrayed by their husbands and incarcerated for daring to have a voice. But just because you are sane, doesn’t mean that you can escape a madhouse …

Fighting the stigma of her gender and her supposed madness, Elizabeth embarked on a ceaseless quest for justice. It not only challenged the medical science of the day and saved untold others from suffering her fate, it ultimately led to a giant leap forward in human rights the world over.

‘I have waited fifty years for this full-length biography of Elizabeth Parsons Ware Packard, and Kate Moore's The Woman They Could Not Silence is simply magnificent. It reads like a suspense novel: one is on the edge of her seat at all times; one cannot believe what happens next — and then after that. History comes alive as does the tragedy of women who were falsely judged "mad" and then incarcerated and tortured in 19th century American Insane Asylums. Moore's research is impeccable. She tells us the whole terrifying and thrilling story: the cost of battle, the triumph of cruel and corrupt misogynists, the nature of feminist victory. It is a complicated story and one brilliantly told. This book reads like a movie and it should be made into one.’ - Phyllis Chesler

‘With path-breaking research and electric prose, Kate Moore reveals just how crazy marriage laws once were — and how one unbeaten heroine helped make them sane.’ - Elizabeth Cobbs

Eartha & Kitt: A Daughter's Love Story in Black and White