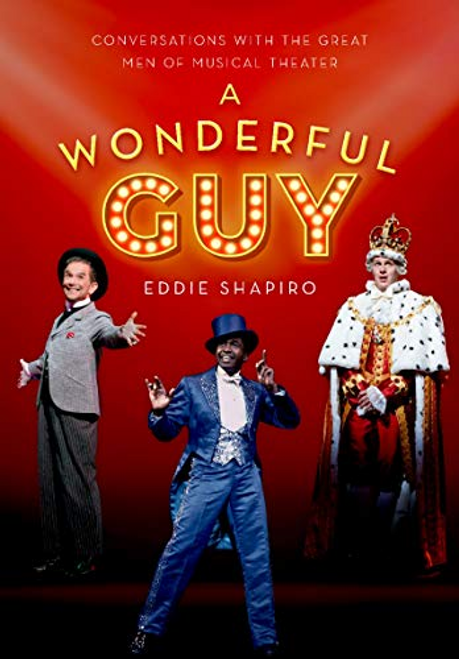 Fascinating, never-before-published interviews with Broadway's leading men offer behind-the-scenes looks at the careers of some of the most beloved perfomers today.

In A Wonderful Guy, a follow up to Nothing Like a Dame: Conversations with the Great Women of Musical Theater, theatre journalist Eddie Shapiro sits down for intimate, career-encompassing conversations with nineteen of Broadway's most prolific and fascinating leading men. Full of detailed stories and reflections, his conversations with such luminaries as Joel Grey, Ben Vereen, Norm Lewis, Gavin Creel, Cheyenne Jackson, Jonathan Groff and a host of others dig deep into each actor's career; together, these chapters tell the story of what it means to be a leading man on Broadway over the past fifty years.

"The conversations and stories, so generously told by these beautiful gentlemen, provide a moving glimpse into the complicated lives of artists." - Bebe Neuwirth

"Of course the dish is delicious, but Eddie has gotten into the hearts and brains of these Wonderful Guys. As with his book, Nothing Like a Dame, I came for the great showbiz stories, but my take always were philosophies about working in the theater, and loving portraits of men who've given their lives to that most seductive mistress: the stage!" - Michael Urie

"Reading Eddie Shapiro's interviews with these gentlemen of the theatre was like being with them at their shrink sessions, in the confessional booth and at a table at Joe Allen's all at the same time. The next time I see these guys I will feel like I've seen them all naked, I don't know if Eddie Shapiro should be applauded or arrested! But good Lord, it made for a great read! Bravo!" - Marc Shaiman

The Greatest Feeling in the World

Signs and Wonders: Dispatches from a time of beauty and loss