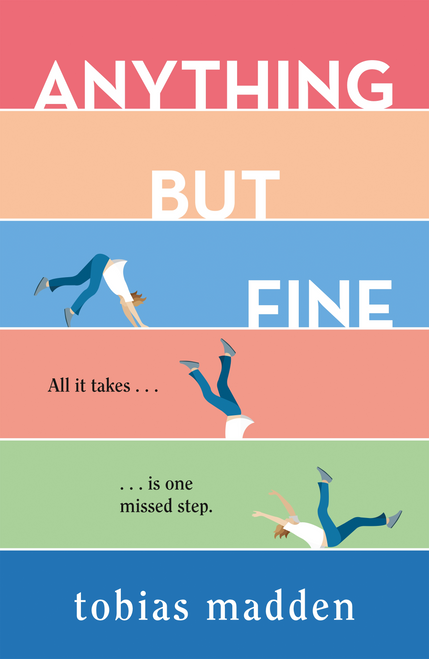 A heartfelt and hilarious Australian YA debut from a rising star.

Luca is ready to audition for the Australian Ballet School. All it takes to crush his dreams is one missed step . . . and a broken foot.

Jordan is the gorgeous rowing star and school captain of Luca's new school. Everyone says he's straight - but Luca’s not so sure . . .

As their unlikely bond grows stronger, Luca starts to wonder: who is he without ballet? And is he setting himself up for another heartbreak?

"This heartwarming and sweet gay young adult novel from an Australian writer portrays an interracial relationship between a White and Asian young man and a father's acceptance toward his gay son. The story begins with Luca, the young gay protagonist. accidentally braking his foot and being expelled from this private school. As Luca loses his dream to be a dancer, he must rebuild himself from a scratch in the new school. During his search for his new self, he unexpectedly meets Jordan, a handsome Asian school captain, and begins to forge a relationship with him. While everyone thinks Jordan is straight, Luca feels there is a secret deeply buried inside him. As their relationship grows, Luca does not only need to redefine himself, but also helps Jordan in finding his true self.  Sweet, heartwarming, tender, this Australian YA debut from Tobias Madden brings hope to all of us who are looking for acceptance to be who we are from friends and families."

I was hooked from the first paragraph and I absolutely loved this book! At its heart is such a fresh, diverse, heartwarming love story that anyone will love, no matter how they identify. I cried at times but I smiled so often while I was reading this. While it was at times raw, devastating and real, it was such a fun, cute and romantic read, and I fell in love with Luca over and over again! I was cheering for Luca from the beginning and continue to cheer for him beyond the final page. GARY LONESBOROUGH, AWARD-WINNING AUTHOR OF 'THE BOY FROM THE MISH'

Anything But Fine is a hilarious and moving portrait of what it means to reassess your life when your future suddenly looks very different to what you’ve always dreamed. Tobias Madden has created a queer love story that is fresh, romantic and thoroughly entertaining. ERIN GOUGH, AWARD-WINNING AUTHOR OF 'AMELIA WESTLAKE'

Coming Up for Air: What I Learned from Sport, Fame and Fatherhood (Trade Paperback)