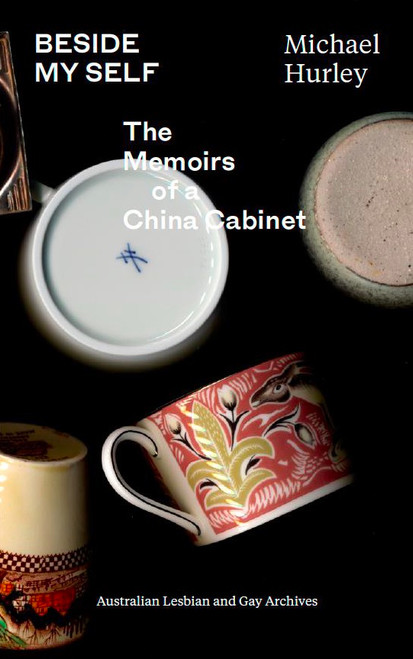 In Beside My Self: The Memoirs of a China Cabinet, Michael Hurley's writing moves constantly between objects in his china cabinet that were given to him as gifts, the friendships involved in Sydney, Melbourne and beyond, films, books, sexual politics and associated homo sensibilities, whether gay, lesbian, bi or queer.

Bloomsbury meets clone meets camp. They circle each other. Oscar watches on. High art meets low life, and I live in Babylon Berlin. It's a change from Bandiana.

Michael's earlier publications include, with Jan Hutchinson, Two Timing. Sex, Writing and the Writing of Sex, A Guide to Gay and Lesbian Writing in Australia, and Then and Now: Gay men and HIV.

"Beside My Self is thoroughly original. I love that it is unabashedly intellectual, culturally rich and generous. It’s also very Australian, playful and funny." Kirsty Machon, author and critic.

"Michael Hurley has been living through history – delightfully. With teacups, Marlene, varieties of micro-power, Reconciliation, fashion punk and more to keep him company. Beside My Self is your chance to join him on this journey – which is both his, and ours."  Graham Willett, historian.