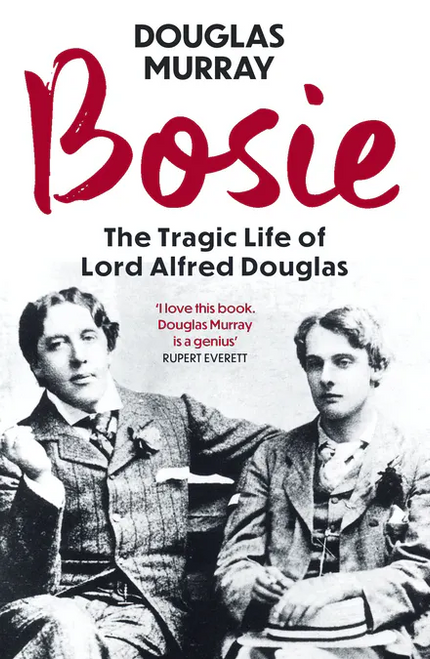 The definitive biography of Lord Alfred Douglas, the lover of Oscar Wilde and 'the other man' in the renowned scandal, by the acclaimed author of The Strange Death of Europe and The Madness of Crowds.

Lord Alfred Douglas, known as 'Bosie', son of the Marquess of Queensberry, was known as one of the most beautiful young men of his generation. Aged twenty-one he met and became the lover and subsequent obsession of Oscar Wilde.

Their relationship caused a scandal in 1895 when Wilde took Queensberry, Douglas's aggressive father, to court for libel. When the details of their relationship were aired in court, Wilde was convicted of sodomy and gross indecency and later imprisoned.

Wilde's story is well known, but this is the first book to tell it from Douglas's perspective. Written, and originally published in 2000, with access to never-before-seen papers, Bosie explores the contradictions, tensions and turmoils of Douglas's life with Wilde and beyond as a poet, husband and father.

This compelling biography uncovers the life of one of the most notorious figures in literary history, and its course from gilded beautiful youth to semi-reclusive outcast, at the time of Douglas's death in 1945.

"An excellent piece of work, intelligent and well-rounded." - Sunday Telegraph

"Murray's triumph is in making his subject moving . . . The biography's clear prose and detached fascination with his subject constructs an engrossing fin-de-siecle early twentieth century culture without losing objectivity." - Observer

Kim and Jim: Philby and Angleton, Friends and Enemies in the Cold War

Bring on the Empty Horses

The Dead Are Arising: The Life of Malcolm X