Chasing the Scream : The First and Last Days of the War on Drugs ( The inspiration for the feature film The United States vs Billie Holiday ) 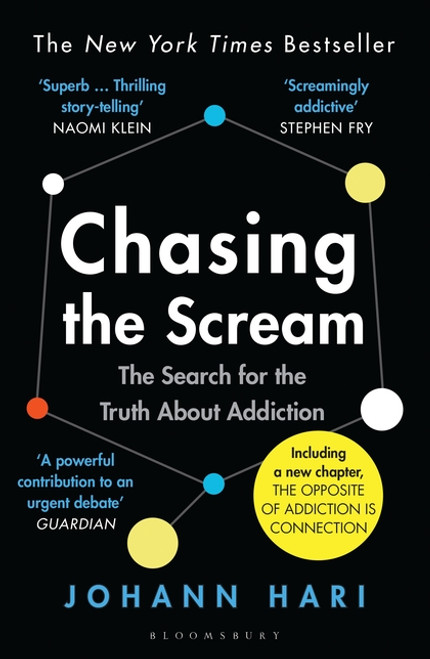 THE INSPIRATION FOR THE FEATURE FILM THE UNITED STATES VS. BILLIE HOLIDAY.

It is now 100 years since drugs were first banned. On the eve of this centenary, journalist Johann Hari set off on an epic three- year, 30,000-mile journey into the war on drugs to uncover its secrets - and he found that there is a startling gap between what we have been told and what is really going on. As strange as it may seem at first, drugs are not what we have been told they are; addiction is not what we think it is; and the drug war has very different motives to the ones we have seen on our TV screens.

In ''Chasing the Scream'', Hari reveals his startling discoveries entirely through the true and shocking stories of people across the world whose lives have been transformed by this war. They range from a transsexual crack dealer in Brooklyn searching for her mother, to a teenage hit-man in Mexico searching for a way out. It begins with Hari's discovery that at the birth of the drug war, Billie Holiday was stalked and killed by the man who launched this crusade - while it ends with the story of a brave doctor who has led his country to decriminalize every drug, from cannabis to crack, with remarkable results.

''Chasing the Scream'' lays bare what we really have been chasing in our century of drug war - in our hunger for drugs, and in our attempt to destroy them. This book will challenge and change how you think about the most controversial - and consequential - question of our time.

'This shocking account of the War on Drugs and the alternatives to it is 'superb journalism and thrilling story-telling' - Naomi Klein, author of ''No Logo''.

The Book of Joan: Tales of Mirth, Mischief and Manipulation

Women of the Court : Inside the WNBA

Showstoppers! : The Surprising Backstage Stories of Broadway's Most Remarkable Songs