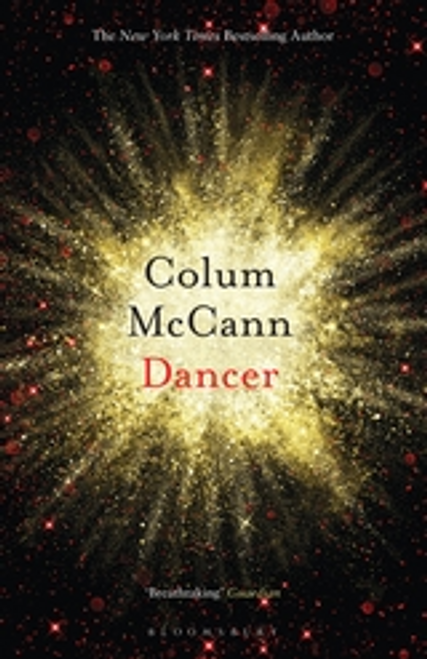 This novel opens on a battlefield: trudging back from the front through a ravaged and icy wasteland, their horses dying around them, their own hunger rendering them almost savage, the Russian soldiers are exhausted as they reach the city of Ufa, desperate for food and shelter. They find both, and then music and dance.

And there, spinning unafraid among them, dancing for the soldiers and anyone else who'll watch him, is one small pale boy, Rudolf. This is Colum McCann's dancer: Rudolf, a prodigy at six years old, who became the greatest dancer of the century, who redefined dance, rewrote his own life, and died of AIDS before anyone knew he had it.

This is an extraordinary life transformed into extraordinary fiction by one of the most acclaimed writers of his generation. One kind of masculine grace is perfectly matched to another in Colum McCann's beautiful and daring new novel.

“The theme of towering celebrity and its attendant vacuity is very well done” –Chris Power, The Times

“McCann's remarkable novel … McCann's prose – nimble, lyrical and wispy – does full justice to the tragic story of a dancer who was the glory of his generation” –Sunday Times

“It's a strikingly original book, and as apparently effortless as one of Fonteyn's pirouettes or Nureyev's leaps into space” –Irish Times

“McCann's agile, muscular prose creates its own energy and rhythm … he has taken one of the most charismatic characters of the 20th century and created a bold contemporary novel” –Daily Telegraph

“Like its subject, it spins with virtuoso, charismatic brilliance around a core of wilful mystery” –Guardian

“Here is an astonishing book. Colum McCann writes with a ferocious eloquence and a masterly sense of narrative … he has given us something wonderful” –Spectator

“Dancer brilliantly conveys Nureyev's charisma. He haunted you. You couldn't shake him off. His eyes were “complicated and blue”, and such is McCann's skill and intuition, we penetrate that gaze” –Daily Express