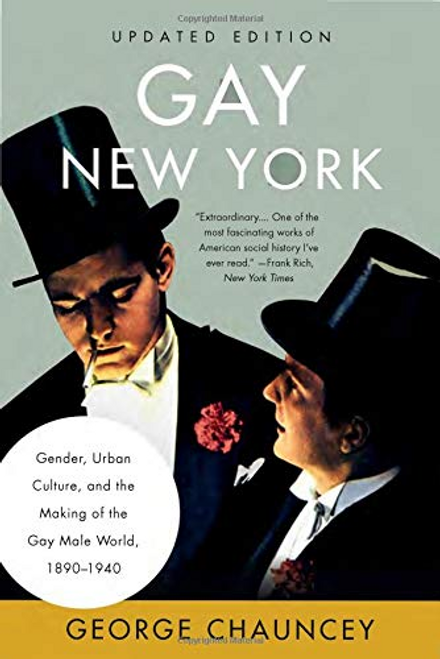 The award-winning, field-defining history of gay life in New York City in the early to mid-20th century

Gay New York brilliantly shatters the myth that before the 1960s gay life existed only in the closet, where gay men were isolated, invisible, and self-hating. Drawing on a rich trove of diaries, legal records, and other unpublished documents, George Chauncey constructs a fascinating portrait of a vibrant, cohesive gay world that is not supposed to have existed. Called "monumental" (Washington Post), "unassailable" (Boston Globe), "brilliant" (The Nation), and "a first-rate book of history" (The New York Times), Gay New Yorkforever changed how we think about the history of gay life in New York City, and beyond.

"One of the most fascinating works of American social history I've ever read."―Frank Rich, New York Times

"A first-rate book of history...about all urban life, telling us as much about the heterosexual world as about the homosexual one."―New York Times

"A stunning contribution not only to gay history, but to the study of urban life, class, gender--and heterosexuality."―Kirkus

Who Gets to Be Smart