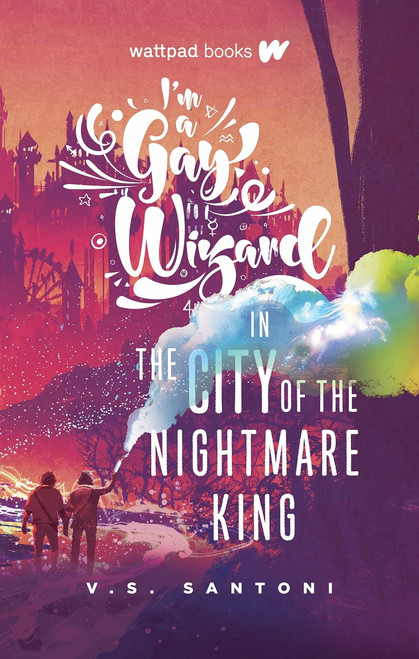 None of them expected the nightmare to continue . . .

In the sequel to I’m a Gay Wizard, V.S. Santoni imagines a world where Johnny, Hunter, Alison, and Blake are forced once again to prove that love and magic can save the day.

When Johnny wakes up, something isn’t right. It’s a blissful summer day, and Johnny’s father is taking him to begin a brand new life in Misthaven, and all his best friends, Alison, Hunter, and Blake, join him in the idyllic town.

Once reunited, Johnny and his friends discover that this Misthaven is actually Dreamhaven―the Marduk Institute’s mystical prison for wizards―and they’re trapped. But that’s the least of their problems when Hunter falls ill with a magical sickness, and his soul is thrown into the Night City, an underworld ruled by the Nightmare King.

Johnny will not leave Hunter. Vowing to stay together, he, Alison, and Blake enter the Night City, a domain of the dead where both their powers and trust in each other will be tested. But in a realm where the Nightmare King rules second only to Death itself, Johnny’s love for Hunter must continue to be his most powerful magic.