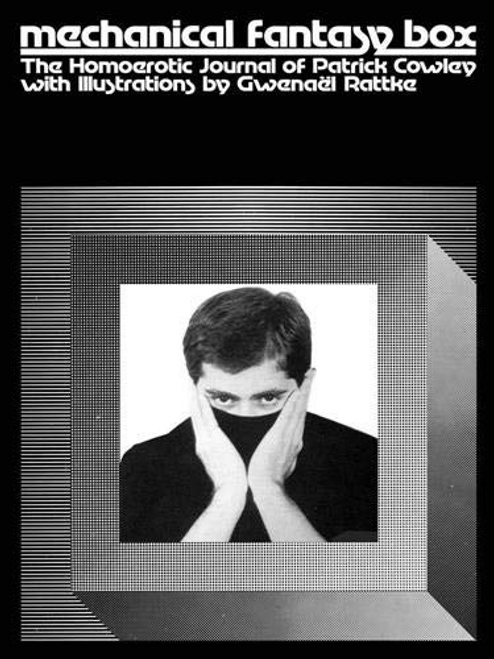 Chronicles of sex and disco in ’70s San Francisco, from the revolutionary musician behind “You Make Me Feel (Mighty Real)”

Patrick Cowley (1950–82) was one of the most revolutionary and influential figures in electronic dance music. Born in Buffalo, Cowley moved to San Francisco in 1971 to study music at the City College of San Francisco. By the mid '70s, his synthesizer techniques landed him a job composing and producing songs for disco diva Sylvester, including hits such as "You Make Me Feel (Mighty Real)." Cowley created his own brand of peak-time party music known as Hi-NRG, dubbed "the San Francisco Sound." His life was cut short on November 12, 1982, when he died shortly after his 32nd birthday from AIDS-related illness.

Mechanical Fantasy Box is Cowley's homoerotic journal, or, as he called it, "graphic accounts of one man's sex life." The journal begins in 1974 and ends in 1980 on his 30th birthday. It chronicles his slow rise to fame from lighting technician at the City Disco to crafting his ground-breaking 16-minute remix of Donna Summer's "I Feel Love" to performing with Sylvester at the SF Opera House. Vivid descriptions are told of cruising in '70s SoMA sex venues, ecstatic highs in Buena Vista Park and composing "pornophonics" in his Castro apartment. For this book, artist Gwenaël Rattke created 25 original illustrations inspired by selected entries, three street maps documenting locations mentioned herein, and four collages of photos, ephemera and notes that Cowley had inserted in the journal. This book shows a very out-front, alive person going through the throes of gay liberation post-Stonewall.

Slim Aarons: Once Upon a Time