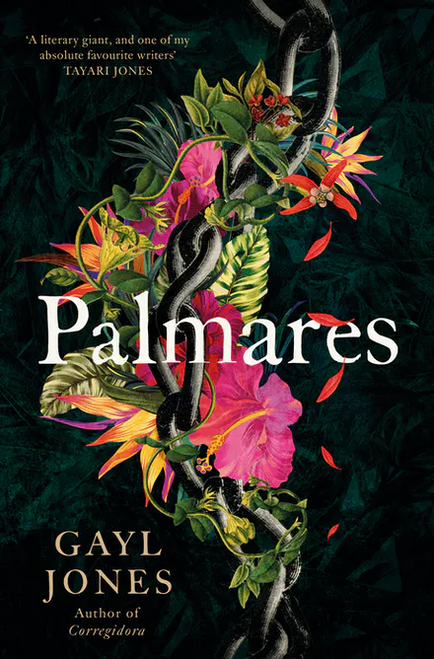 Palmares is the long-awaited book from 'the best American novelist whose name you may not know' (Atlantic). A sweeping, magnificent historical epic, set in 17th-century Brazil, that has its basis in extraordinary historical events.

AN EPIC TALE OF LOVE AND LIBERATION, SET IN SEVENTEENTH-CENTURY COLONIAL BRAZIL

From plantation to plantation, Almeyda, a young slave girl, hears whispers, rumours of Palmares, a hidden settlement where fugitive slaves live free. But can this promised land exist? And what price is paid for 'freedom'?

In Palmares, Gayl Jones brings to life a world full of unforgettable characters, reimagining extraordinary historical events and combining them with mythology and magic. The result is a sweeping saga spanning a quarter of a century. Of Gayl Jones, the New Yorker noted, '[Her] great achievement is to reckon with both history and interiority, and to collapse the boundary between them.' Like nothing else before it, Palmares embodies this gift.

Palmares hails the return of a major voice in American literature - 'the best American novelist whose name you may not know' (Atlantic). Gayl Jones was first discovered and edited by Toni Morrison, and her talent was praised by writers including Maya Angelou, James Baldwin and John Updike. After a handful of acclaimed novels, she withdrew from the publishing world. Now Jones returns with her first new novel in over twenty years.