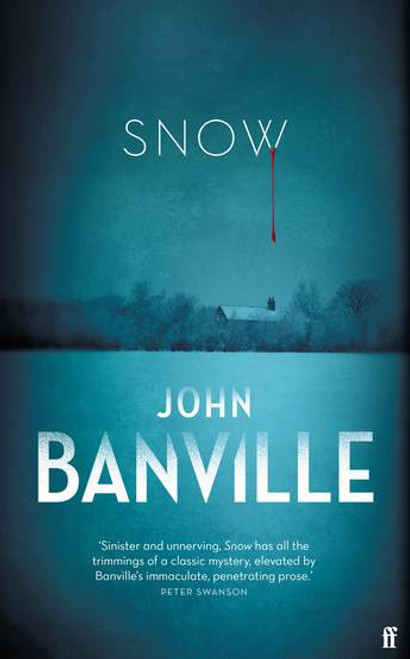 A chilling mystery from the Man Booker Prize winner.

'The body is in the library,' Colonel Osborne said. 'Come this way.'

Following the discovery of the corpse of a highly respected parish priest at Ballyglass House - the Co. Wexford family seat of the aristocratic, secretive Osborne family - Detective Inspector St John Strafford is called in from Dublin to investigate.
Strafford faces obstruction from all angles, but carries on determinedly in his pursuit of the murderer. However, as the snow continues to fall over this ever-expanding mystery, the people of Ballyglass are equally determined to keep their secrets.
Author: John Banville
Paperback  Published 20 October 2021  352 pages
Originally published November 2020
Read and Recommended by Graeme:
"‘The body is in the library.’ However the corpse shown to Detective Inspector Strafford is the local priest and this is clearly no accidental death as the man has been castrated. This is not only murder, but suggests the priest was embroiled in some sexual transgression. The setting is Wexford, Ireland, in 1957, and as the title suggest it’s a cold, snowy winter. And so the stage is set for a classic whodunnit at the manor house of the aristocratic Osborne family. With no evidence of break-in, it would seem the murderer was one of the family - or was aided by one of the family. Yet with the sordid nature of the murder and everything it implies, no one wants the case solved - and certainly not the Catholic church and its Archbishop who summons Strafford for ‘an audience’. One of the novel’s great strengths is its authentic period and setting, and the great shadow of the Irish religious divide. But the book is also very cleverly constructed. Strafford has been assigned the case as the local policeman ‘is sick’, taking solace in alcohol after the shocking, sudden death of his son... a minor plot detail that in fact proves integral to the entire case. Even when the case is ‘solved’, a coda set ten years later narrates a chance encounter for Strafford, and reveals not only the aftermath for many of the characters over the past decade but also an unexpected twist."
×