Sometimes You Have to Lie: The Life and Times of Louise Fitzhugh, Renegade Author of Harriet the Spy 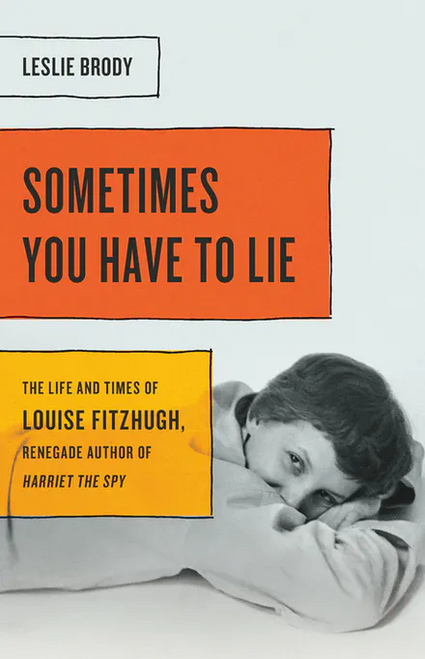 The biography of Louise Fitzhugh, author of the groundbreaking Harriet the Spy

The protagonist and anti-heroine of Louise Fitzhugh's masterpiece Harriet the Spy, first published first in 1964, continues to mesmerize generation after generation of readers. Harriet is an erratic, unsentimental, and endearing prototype--someone very like the woman who dreamed her up, author and artist Louise Fitzhugh.

Born in 1928, Fitzhugh was raised in a wealthy home in segregated Memphis, and she escaped her cloistered world and made a beeline for New York as soon as she could. Her expanded milieu stretched from the lesbian bars of Greenwich Village to the dance clubs of Harlem, on to the resurgent artist studios of post-war New York, France, and Italy. Her circle of friends included artists like Maurice Sendak and playwrights like Lorraine Hansberry.

In the 1960s, Fitzhugh wrote Harriet the Spy, and in doing so she introduced "new realism" into children's books-she launched a genre of children's books that allowed characters to experience authentic feelings and acknowledged topics that were formerly considered taboo. Fitzhugh's books are full of resistance: to liars, to conformity, to authority, and even (radically, for a children's author) to make-believe. As a commercial children's author and lesbian, Fitzhugh often had to disguise the nature of her most intimate relationships. She lived her life as a dissenter--a friend to underdogs, outsiders, and artists--and her masterpiece remains long after her death to influence and provoke new generations of readers.

Harriet is massively influential among girls and women in contemporary culture; she is the missing link between Jo March and Scout Finch, and it's not surprising that writers have thought of her as a kind of patron saint for misfit writers and unfeminine girls. This lively, rich biography brings Harriet's creator into the frame, shedding new light on an extraordinary author and her marvelous creation.

"'Sometimes You Have to Lie' is the fascinating story of the long-hidden truth about the life of the queer author of an iconic children's book. Harriet wouldn't be able to put it down."--Washington Blade

"[Louise Fitzhugh] remains a mystery to this day, but Leslie Brody's new book works to pull back the curtain on Fitzhugh's sensational life."--Bustle

"A portrait of a complicated, messy, brilliant artist -- who would have thrilled Harriet herself."--New York Post

"A study that reveals the quiet subversiveness of Harriet the Spy and adds sharp political potency to the book's seemingly innocent play with questions of secrecy and surveillance." --The New Republic

The Power of Adrienne Rich

As Beautiful As Any Other

Just as I Am: A Memoir