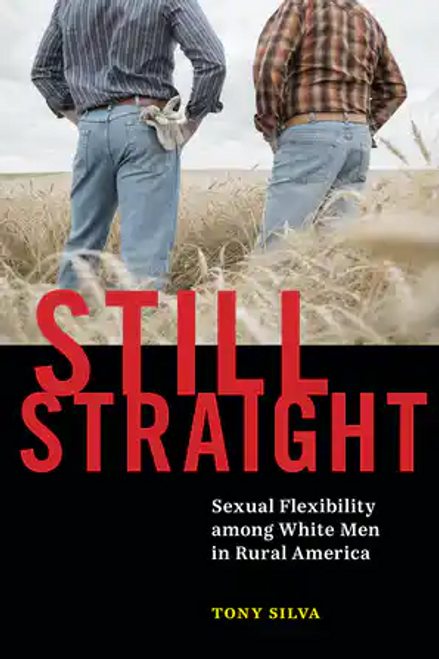 Why some straight men have sex with other men

Why do some straight men in rural America have sex with other men? In Still Straight, Tony Silva convincingly argues that these men—many of whom enjoy hunting, fishing, and shooting guns—are not gay, bisexual, or “just experimenting.” As he shows, these men can enjoy a range of relationships with other men, from hookups to sexual friendships to secretive loving partnerships, all while strongly identifying with straight culture.

Drawing on riveting interviews with straight white men who live in rural America, Silva explores the fascinating, and unexpected, disconnect between sexual behavior and identity. Some use sex with men to bond with other men in an acceptably masculine way; some are not particularly attracted to men, but are wary of emotional attachment with women; and others view sex with men—as opposed to women—as a more acceptable form of extramarital sexual behavior.

Taking us inside the lives of straight white men who have sex with other men, Still Straight shows us that heterosexuality in rural America is not always, in fact, what it seems.

"Could it be that straightness is more than a sexual orientation? Through illuminating interviews with straight identified men who have sex with other men, Silva’s answer is a resounding yes. This groundbreaking research documents ways that we might understand sexual identity as deeply tied to culture, place and age. A must read for scholars of sexuality." ~C.J. Pascoe, co-author of Exploring Masculinities: Identity, Inequality, Continuity and Change

"In Silva’s extensive interviews with adult men living in conservative, rural communities, we observe the messy paradox of their lives as they attempt to reconcile their same-sex behavior with a straight identity. You will be amazed by their justifications." ~Ritch C. Savin-Williams, author of Mostly Straight: Sexual Fluidity among Men

"Tony Silva’s revealing study of men who have sex with men (MSM) in rural America shows us how white racial identity statuses, heterosexual identity claims, and geography intersect in the secretive practices of men who seek out same-sex sexual encounters in America. Based on 60 in-depth interviews with a hard to study population, Silva argues that MSM and claim to be straight are a patterned phenomenon in a post-closeted American culture. Filled with important insights about sexual identity, race, and rural America, Still Straight is an important addition to the fields of masculinities and queer studies." ~James Joseph Dean, co-editor of Routledge International Handbook of Heterosexualities Studies