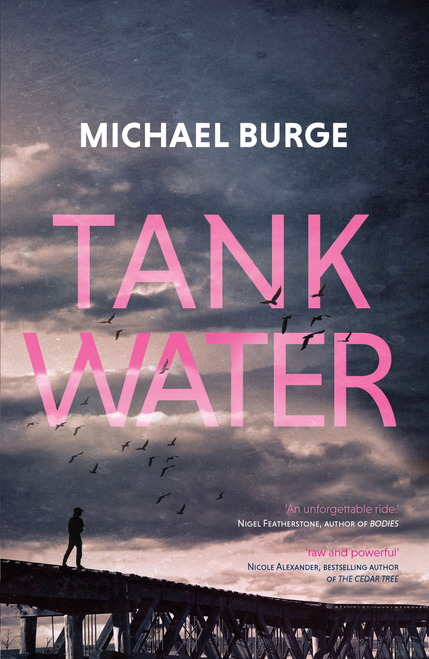 James Brandt didn’t look back when he got away from his rural hometown as a teenager. Now he has returned to Kippen for the first time in twenty years because his cousin Tony has been found dead under the local bridge.

The news that Tony has left him the entire family farm triggers James’s journalistic curiosity – and his anxiety – both of which cropped up during his turbulent journey to adulthood. But it is the unexpected homophobic attack he survives that draws James into a hunt for the reasons one lonely Kippen farm boy in every generation kills himself.

Standing in the way is James’s father, the town’s recently retired top cop, who is not prepared to investigate crimes no-one reckons have taken place. James must use every newshound’s trick he ever learned in order to uncover the brutal truth.

A coming-of-age story and crime thriller with a large and gentle heart.

'The parochial under-belly of rural Australia is laid bare in this raw and powerful story that delves into the emotional toll and tragic consequences of gay-hate crime.' – Nicole Alexander, bestselling author of The Cedar Tree

'Clear-eyed and suspenseful, Tank Water exposes more than one taboo of Australian life away from the big cities. An unforgettable ride.' – Nigel Featherstone, author of Bodies of Men

‘Written in a matter-of-fact way, Mike's confrontational first novel made me think about life, death and sexuality in the country, because Burge has the rural lineage to make it real.’ – Margot Kingston, author and journalist

‘It's time to move beyond a city perspective on rural gay Australians – so often imbued with pity, condescension and silly stereotypes – to hear our own voices on our own terms. Michael Burge is one of our most compelling, nuanced and enjoyable voices.’ – Rodney Croome AM, LGBTIQ equality advocate