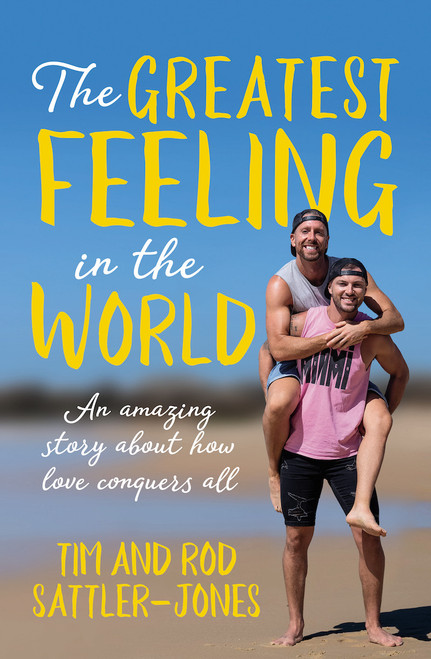 An amazing story about how love conquers all!

Tim and Rod grew up a few suburbs from each other in Newcastle, NSW. They were gay but their worlds were not. Before they found each other they were alone and miserable, marooned in a sea of impossible expectations. Rod was shackled by a conservative Christian upbringing, while Tim felt unmanly and inferior beside his macho, sport-obsessed older brothers.

After enduring their own private versions of hell, Tim and Rod crossed paths on a dating app. They swiped for Mr Right, and suddenly everything clicked.

Since then they have taken on the world, including winning The Amazing Race in 2019 as the first married same-sex couple on an Australian TV series. That brought its own heat, with the charismatic pair still copping homophobic hate for their public displays of affection. But as their book shows, when you've been to hell and back, you don t let anything get in the way of The Greatest Feeling in the World.