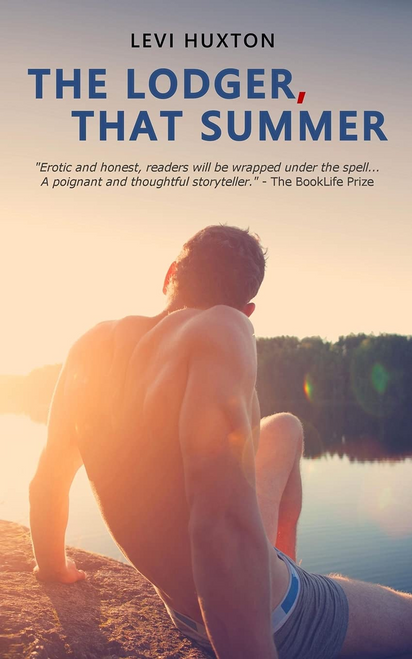 It’s a hot summer down under and everyone’s got sex on the mind.

Eighteen year-old James has had a tough year. Having lost his mom to cancer and fought through grief to finish high school, he’s now got secret desires to contend with.

It’s Christmas in Sydney, and he’s ready to cast his worries aside for the summer holidays, a time of poolside parties, bush walks and ocean swims. But who is the seductive young man who’s moved into the spare room?

In this steamy coming-of-age novel, James and the men around him discover transformative new desires with the power to up-end lives or, possibly, unlock a brighter future.

This promising debut explicitly captures rites of passage in an era of fluid sexuality and elusive masculinity. In this short kaleidoscopic novel, four men act on new sexual desires, and in doing so, clarify who they are, who they want to be, and perhaps even what they stand for. With an authentic voice born of lived experience, Levi Huxton deftly and movingly portrays how sexual desire can lead us to come of age and re-invent ourselves, however old we may be.

"The Lodger, That Summer is Mr. Huxton's first published work. While brief in length, it is intellectually challenging and shows great promise for the future." - Rainbow Book Reviews