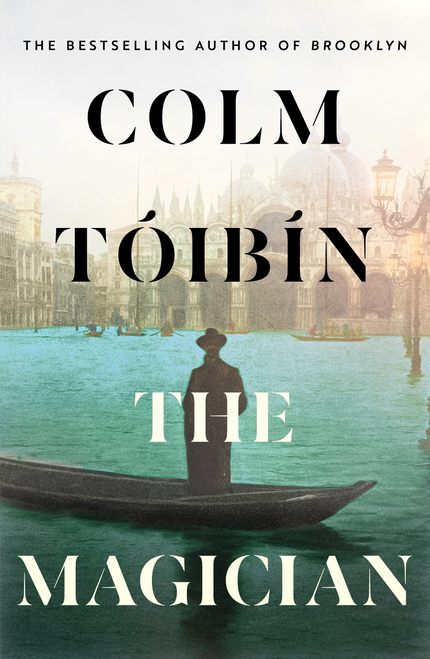 When the Great War breaks out in 1914 Thomas Mann, like so many of his fellow countrymen, is fired up with patriotism. He imagines the Germany of great literature and music, that had drawn him away from the stifling, conservative town of his childhood, might be a cause of pride once again. But his flawed vision will form the beginning of a dark and complex relationship with his homeland, and see the start of great conflict within his own brilliant and troubled family.

Colm Tóibín's epic novel is the story of a man of intense contradictions. Although Thomas Mann becomes famous and admired, his inner life is hesitant, fearful and secretive. His blindness to impending disaster in the Great War will force him to rethink his relationship to Germany as Hitler comes to power. He has six children with his clever and fascinating wife, Katia, while his own secret desires appear threaded through his writing. He and Katia deal with exile bravely, doing everything possible to keep the family safe, yet they also suffer the terrible ravages of suicide among Thomas's siblings and their own children.

In The Magician, Colm Tóibín captures the profound personal conflict of a very public life, and through this life creates an intimate portrait of the twentieth century.

"Once again Colm Toibin turns his attention to a famous closeted gay writer as he did with Henry James in his acclaimed novel The Master. That novel focused on a short period in the writer’s life, whereas here with the illustrious German writer Thomas Mann, Toibin  ranges chronologically over the entire life. The novel unfolds against the rise of the Nazis and then a life spent in exile, in America and Switzerland. Mann is attracted to men, but his desire is quenched not by physical intimacy but small moments of connection - an exchange with a handsome waiter or private letters with a man who might offer more if ever asked. He marries his boyish wife Katya as he is enchanted by her lively spirit, yet is physically attracted to her handsome twin Klaus. Toibin unfolds how the various literary works came to be written and A Death in Venice is especially fascinating. He had Mahler in mind when creating the main character Aschenbach. Mann enjoyed literary fame almost instantly after the publication of Buddenbrooks, yet this great man of literature was something of a failure as a father and this is compounded towards the climax of the novel where he must make a choice in regard to his troublesome son Klaus. The lively characterisation is the highlight of the novel and many of the secondary characters shine - especially his wild, bohemian children Klaus and Erika. But many famous figures make striking cameos such as W.H. Auden (who entered into a marriage of convenience with Erika) and Christopher Isherwood, although it is Alma Mahler who steals the show whenever she appears through her appalling behaviour. Fifteen years in the writing and thoroughly researched, this is a fascinating and thoroughly captivating portrait of a famous writer, his literary success but also his emotional repression, set against the sweeping upheavals of the 20th century."

'As with everything Colm Toibin sets his masterful hand to, The Magician is a great imaginative achievement - immensely readable, erudite, worldly and knowing, and fully realized.' - Richard Ford

'The Magician is a remarkable achievement. It reads like a novel by Thomas Mann based on the life of Thomas Mann. Yet Tóibín is no mere mimic, and his fictional portrait of the great German artist is fresh and perceptive and telling. Mann himself, one feels certain, would approve.' - John Banville