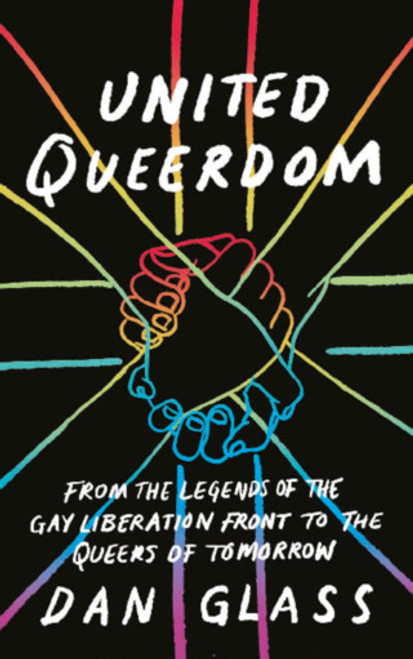 The riotous history of the Gay Liberation Front, and its legacy for LGBT+ culture today, from the creator of the ‘A mince through time’ Queer Tour of London.

Throughout the 1970s the Gay Liberation Front (GLF) initiated an anarchic campaign that permanently changed the face of Britain. Inspired by the Stonewall uprisings in the US, the GLF demanded a 'Absolute Freedom For All' worldwide. Yet half a century on, injustice is rife and LGBT+ inequality remains. Complete LGBT+ liberation means housing rights, universal healthcare, economic freedom and so much more. Although many people believe queers are now free and should behave, assimilate and become palatable – Dan Glass shows that the fight is far from over.

United Queerdom evocatively captures over five decades of LGBT+ culture and protest from the GLF to 2020s. Showing how central protest is to queer history and identity this book uncovers the back-breaking hard work as well as the glamorous and raucous stories of those who rebelled against injustice and became founders in the story of queer liberation.

'An optimistic iconoclast, Dan Glass has brought enthusiasm and joy to this memoir of British Gay/HIV activism, rooted in a profound faith in relationships across difference. His insights are sometimes outrageous, often provocative, controversial, heartfelt, funny and motivated by a queer spirit and vision for a better world.' -Sarah Schulman, writer

'United Queerdom is a thing of beauty. Dan Glass has penned a memoir that pulsates with existential rage, solidarity, and tactical hope.’ -Amin Ghaziani, author of There Goes the Gayborhood?

'Dan is cut from that special Glass; he exists to make a positive difference and this engaging book is evidence that he has delivered. His remarkable story is a walking masterclass in searing authenticity. Expect to be moved, grooved, enraged, and totally impressed with this enlightening non-fiction read and its truly awesome author.' -Vernal Scott, author of God's Other Children: A London Memoir