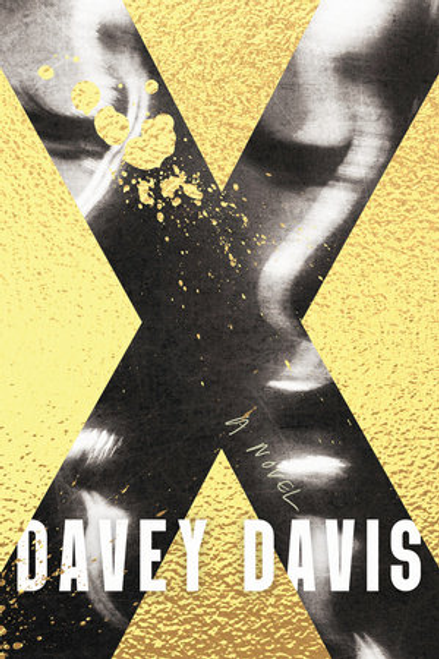 A thrilling portrait of political terror and the violent pleasures found in warehouses, bathrooms, and dungeons across New York City, X is a novel that delves into the psyches of characters on the margins

The world is ending, and down-and-out sadist Lee spends their days working for a big corporation and their nights wandering the streets of Brooklyn listening to true crime podcasts. But everything changes when Lee is dragged to a warehouse party by their best friend, where they find themself in the clutches of the seductive and bloodthirsty X. When Lee seeks her out again, she’s nowhere to be found.

Amid the steady constriction of civil rights and the purging of migrants and refugees, the U.S. government has recently begun encouraging the semi-voluntary “exporting” of undesirable citizens—the radicalized, the dissident, and the ungovernable. Word has it that X may be among those leaving. If Lee doesn’t track her down soon, she may be gone forever.

"Davis is a remarkably self-assured author, and X is a dizzying, beautiful novel, and a fascinating look at a subculture that mainstream American art has frequently shied away from." —Michael Schaub, NPR

“X is lyrical and nonlinear, with sentences that feel like carved obsidian: dark, sharp and shiny . . . the overall effect is masterly, a perfect mating of style and subject . . . X documents a dystopia that has only just arrived, suggesting that perhaps there was a moment when we could have taken a different path . . . [It] will leave you, in the same way it leaves its narrator, wondering: What are you ignoring? What can’t you admit to yourself? And is it already too late, or have you just given up?” —Hugh Ryan, The New York Times Book Review

The Brink - signed by the author