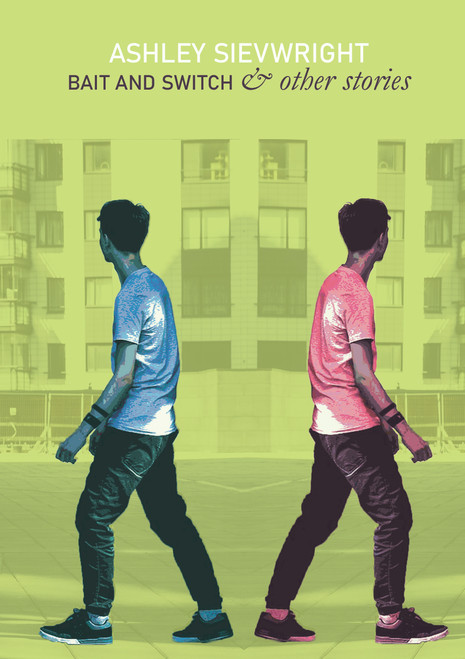 From teenage memories of staying with a cross-dressing cousin in Kings Cross, to estranged siblings scattering the ashes of a family member, not to mention perplexing encounters in Jordan, these eight stories reflect on family, friendship, desire and belonging and the ‘weight of inherited sorrow’ that each of us carries.

"Ashley Sievwright will be remembered by many readers due to his debut novel The Shallow End which was nominated for the 2009 Commonwealth Writers Prize Best First Novel Award. This new book of stories confirms Sievwright’s talent - Bait and Switch is an immensely readable collection that tends to leave you wishing the stories were longer. The opening story ‘My Cousin Mark’ introduces a fourteen-year-old boy who is suddenly orphaned when both his parents die in a car accident. To avoid further disruption and so that he can continue to attend his usual school, the boy is sent to live with Mark, his unconventional cousin for three months. Mark is gender non-conforming, wears a dress, but has sex with men and woman, has a mysterious job in ‘promotions’, and lives in a Kings Cross terrace house which is constantly having a party! In ‘Stay and Defend’ a bushfire threatens the Kinglake Ranges property of long-term gay couple Paul and Ricky. Though in recent years, Paul has found himself at this second home more and more often without Ricky. And when the fire threatens, once again he finds himself alone. In ‘Elephant’ a wealthy gay doctor brings along JD, the young Brazilian man he is entangled with, to scatter his deceased sister’s ashes along with his siblings. JD is an Instagram entrepreneur who makes his living by photographing his enormous penis which was ‘uncanny and beautiful and gobsmacking.’ Of these three stories only ‘My Cousin Mark’ feels complete and resolved, while the other two are so strong in terms of their characterisation and the interesting and unusual plotlines, that they cry out to be developed further."