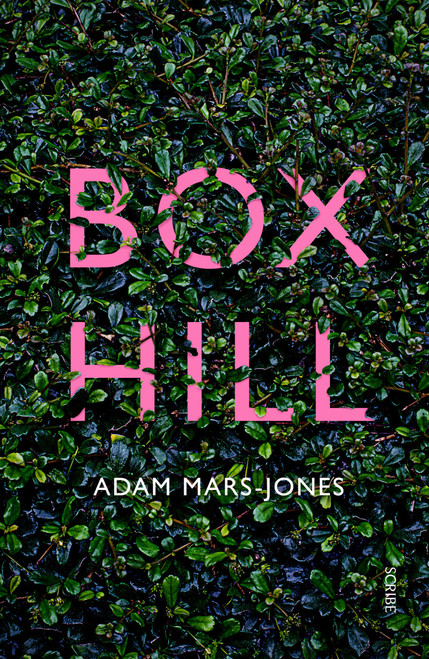 ‘I took one look at him, and I saw what he really wanted.’

On the Sunday of his eighteenth birthday, in 1975, Colin takes a walk on Box Hill, a biker hang-out in Surrey. Timid, awkward, and very much out of his element, he accidentally trips over Ray, a biker taking a nap under a tree. Ray takes immediate control of the situation, and Colin moves in with him that night.

A sizzling, sometimes shocking, and strangely tragic love story between two men, Box Hill is a stunning novel of desire and domination by one of Britain's most accomplished writers.

"It’s 1975 and on his 18th birthday, short, pudgy badly-dressed Colin trips over Ray, a biker who is lounging against a tree up on Box Hill. Ray scowls and abuses him, but Colin is awestruck - utterly captivated by Ray’s drop-dead looks and his sexy one-piece leathers. This unexpected tension between the two swiftly leads to Colin’s sexual initiation but when it is over, that isn’t the end. For reasons that Colin can never comprehend, Ray decides to take Colin home and keep him, rather like a pet. And for all intents and purposes that is his new role - as Roy’s sexually submissive pet. Colin’s parents are distracted at the time - his mother is in hospital - and the new domestic arrangement unfolds surprisingly simply. Although Ray has many rules, most of them unspoken, which Colin needs to work out for himself and abide by. Those rules are even more perplexing when Colin attends the biker club’s poker nights where he is obliged to be naked and ‘attentive’. The climax to this short novel comes after 100 pages, leaving a tantalising mystery dangling which has the reader turning the pages, curious for it to be unravelled. However the novel is rather like Ray the enigmatic main character - a great deal is left unsaid - and it is that quality which makes it stay with the reader longer than it might otherwise. The background and period detail is extremely well done, rooting this central relationship in suburban reality, while this unusual relationship is narrated by Colin in a very matter of fact way. This is a wonderful novel, sexy, occasionally startling, but also poignant and very affecting."

"A tender exploration of the love that truly dare not speak its name — that between master and slave. On his 18th birthday, Colin literally stumbles upon a strapping biker twice his age, and falls into a long-term relationship characterised by devotion, mystery, and submission. In plain unadorned prose, Mars-Jones shows us the tender, everyday nature of this. Self-deprecating, sad, and wise."  FIONA MCGREGOR