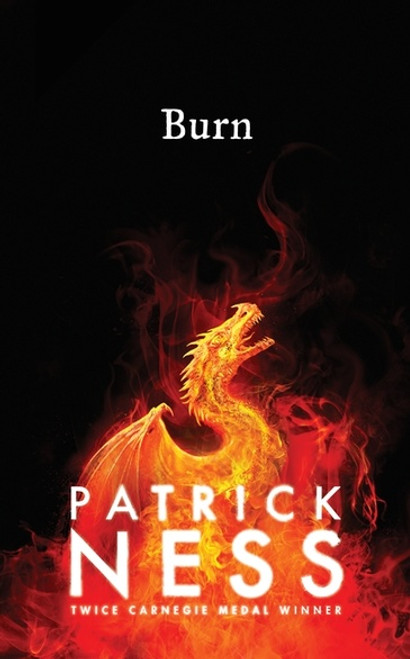 An all-consuming story of revenge, redemption and dragons from the twice Carnegie Medal-winner Patrick Ness.

“On a cold Sunday evening in early 1957, Sarah Dewhurst waited with her father in the parking lot of the Chevron Gas Station for the dragon he’d hired to help on the farm.”

This dragon, Kazimir, has more to him than meets the eye. Sarah can’t help but be curious about him, an animal who supposedly doesn’t have a soul but is seemingly intent on keeping her safe from the brutal attentions of Deputy Sheriff Emmett Kelby. Kazimir knows something she doesn’t. He has arrived at the farm because of a prophecy. A prophecy that involves a deadly assassin, a cult of dragon worshippers, two FBI agents – and somehow, Sarah Dewhurst herself.

From the bestselling author of the Chaos Walking trilogy comes a heart-stopping story of fanaticism, hope, bravery and impossible second chances, set in a world on the very brink of its own destruction.

Originally published in hardcover May 2020

"Romance and relationships provide an emotional counterpoint to the action. Malcolm falls for a Guatemalan boy called Nelson, on the run from his bigoted parents. Sarah’s friendship with the blue dragon, Kasimir, is akin to that of the boy and the monster in Ness’s Carnegie-winning A Monster Calls allowing the author to explore power in all its manifestations. The most interesting character is an FBI agent known as Woolf: her metamorphosis is a startling moment that hurls the book towards its climax." The Guardian

Out Now: Queer We Go Again!