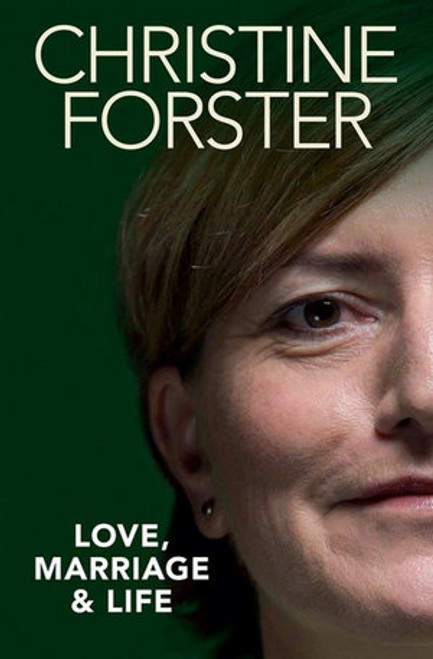 First book and collection of Christine Forster's top articles and speeches, she is a voice many want to hear on topics that are of high importance today in Australian society such as the environment and same-sex marriage.

In the six years she's been in public life Christine Forster has stepped out of the shadow of a famous brother and emerged as a local councillor with a national voice. This collection of previously published articles and key speeches from Christine Forster spans those six years starting with her pre selection speech for the City of Sydney council in September 2012 up to her 2018 opinion pieces published in the Sydney Morning Herald. While the national same-sex marriage debate heated up in 2017, culminating in the postal plebiscite and the law legalising same-sex marriage being passed in Parliament, Christine has been an advocate for gay rights and same-sex marriage for many years.

Her articles, with headlines such as, All you need is love and the law to let same-sex marriages happen, speak from experience and cover many years of her personal and professional exploration of love, marriage and civil rights. Christine's passion for Sydney and its people is also expressed in this selection of pieces that address the issues and politicians she's faced at a local government level. Christine's belief that local government must respect and listen to its constituents to help the community thrive and prosper shines in this collection that prove she is engaged and paying attention.

No Modernism Without Lesbians

Stamped: Racism, Antiracism, and You (A Remix of the National Book Award-winning 'Stamped from the Beginning')

Catch and Kill : Lies, Spies and a Conspiracy to Protect Predators